A decade in the making

A summer romance-turned-marriage sounds like a movie plot, but for Holly Bennett and Riley Watkins it’s a true love story.

Despite being together for a decade, Holly and Riley didn’t give themselves much time to organise their wedding, planning the day in a mere four months. 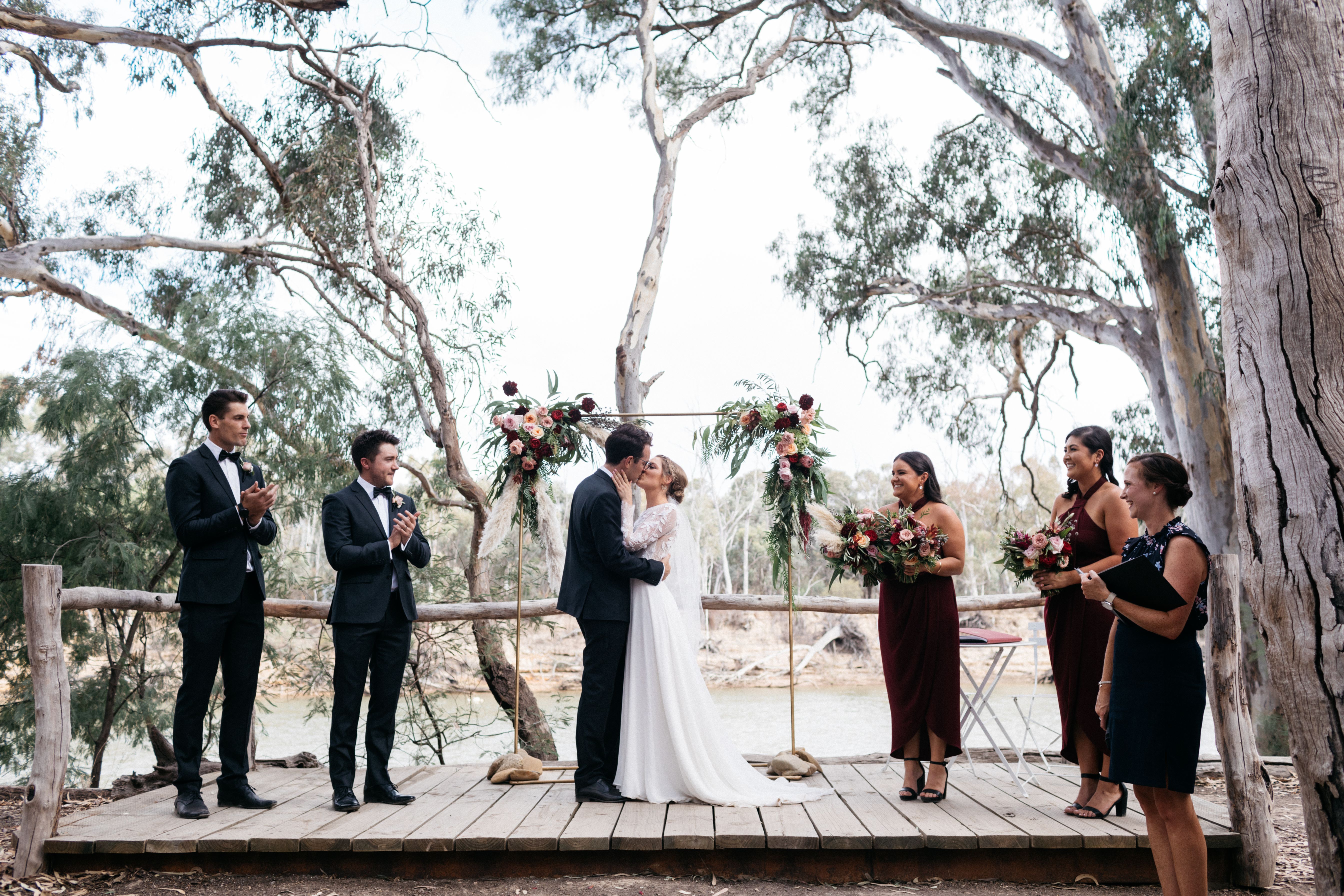 Ten years after they met at an Echuca pub, the pair finally had a date – a Friday – with every intention of making a weekend of it.

With the clock ticking, invitations were first on the to-do list.

To save time and money, the environmentally conscious couple opted for a wedding website rather than the printed alternative – allowing them to instantly save the date and update it as the planning followed.

“Because it was a short turnaround I didn’t see the point of doing hard copies when everyone is online,” Holly said.

“We had a section for accommodation and then I added information about the Saturday later.”

While for the most part the short engagement meant they simply had to be decisive, Holly admitted she was nervous about finding the dress.

“I went in with no idea of what I wanted,” she said.

“It was the last dress at the first shop.”

Holly had spotted the long sleeve, high neck gown with feminine lace and a split as soon as she walked in.

When she finally tried it on she had the moment. The moment when she just knew, her mum burst into tears and she put in a rush order.

A fun, relaxed atmosphere was at the forefront of the planning.

Riley picked maroon for the bridesmaid dresses and Holly’s love of doughnuts led them to a dessert that guests could enjoy on their way to the dance floor.

They were married in a riverside ceremony surrounded by gum trees and bold native flowers in pinks and red, before a marquee reception with festoon lights and an open air dance floor.

Meanwhile, Polaroids showed the highlight reel of their relationship beside photos of parents and grandparents on their wedding days.

Taking the microphone as MC, Holly’s brother Clayton set the scene for a fun night.

“He surprised us with a rap about Riley and I meeting, our relationship and welcoming him to the family,” Holly said.

“Everyone lost it and cheered.”

And with a rendezvous organised for Saturday afternoon at the American Hotel, the pressure was off and they could enjoy themselves. 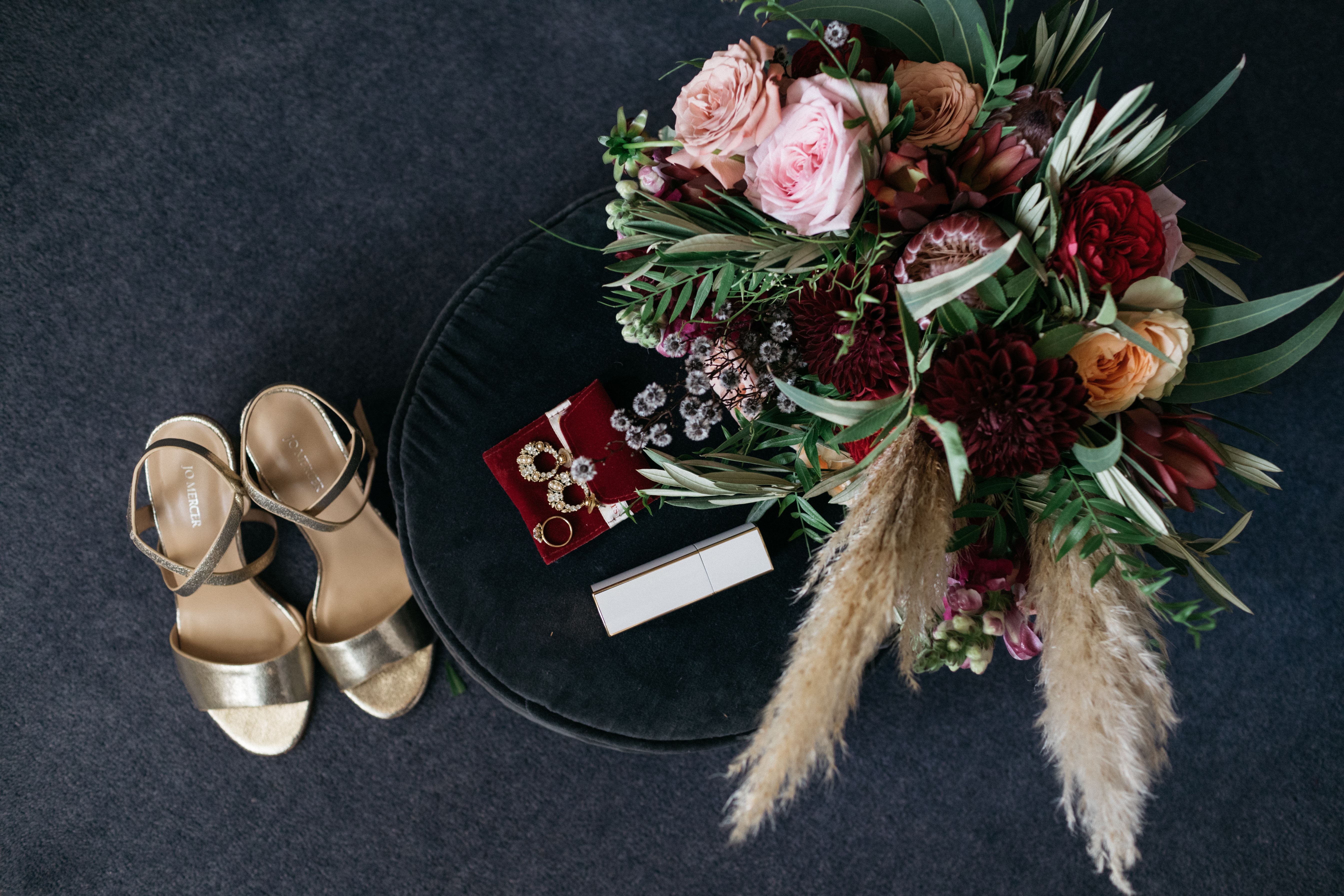 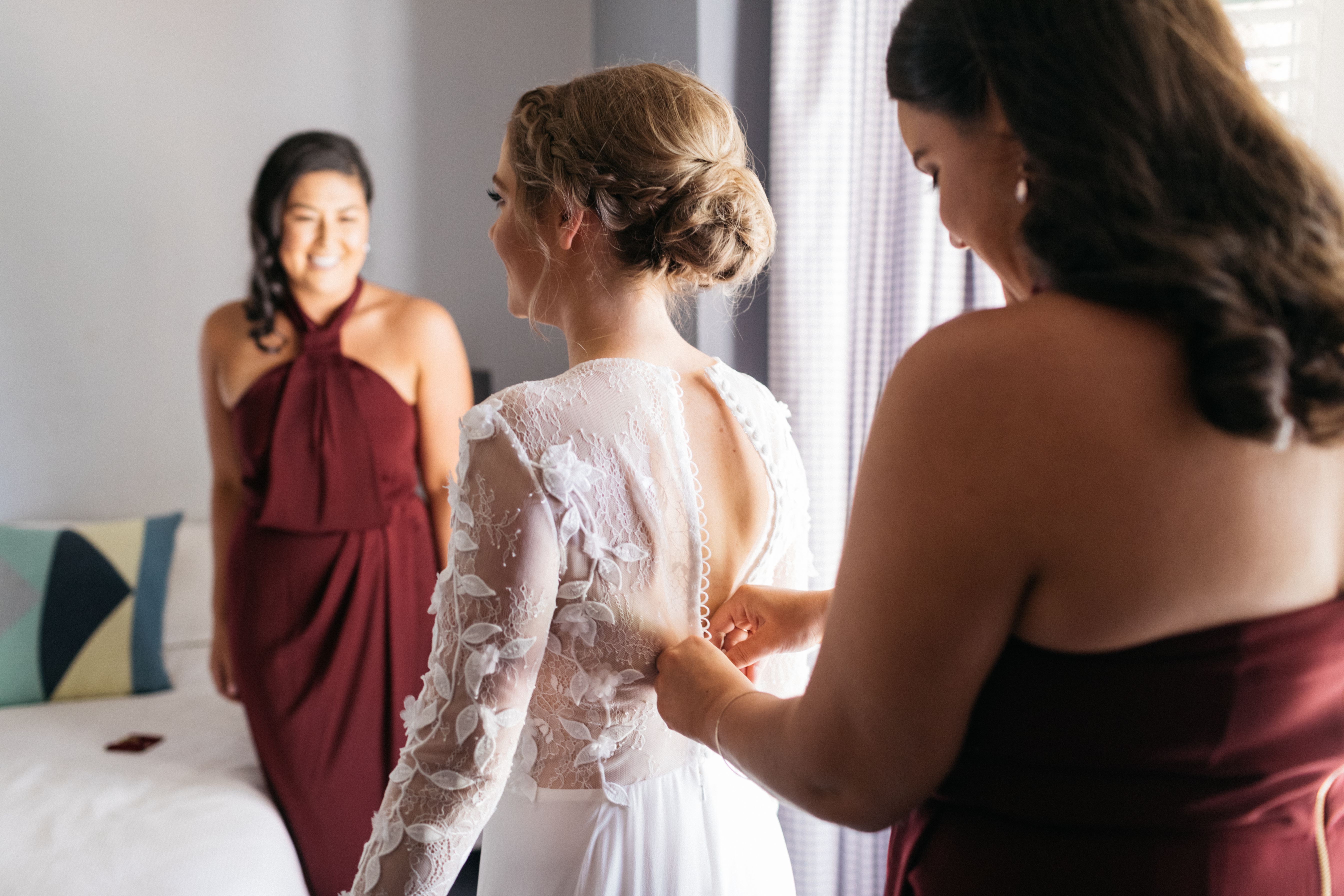 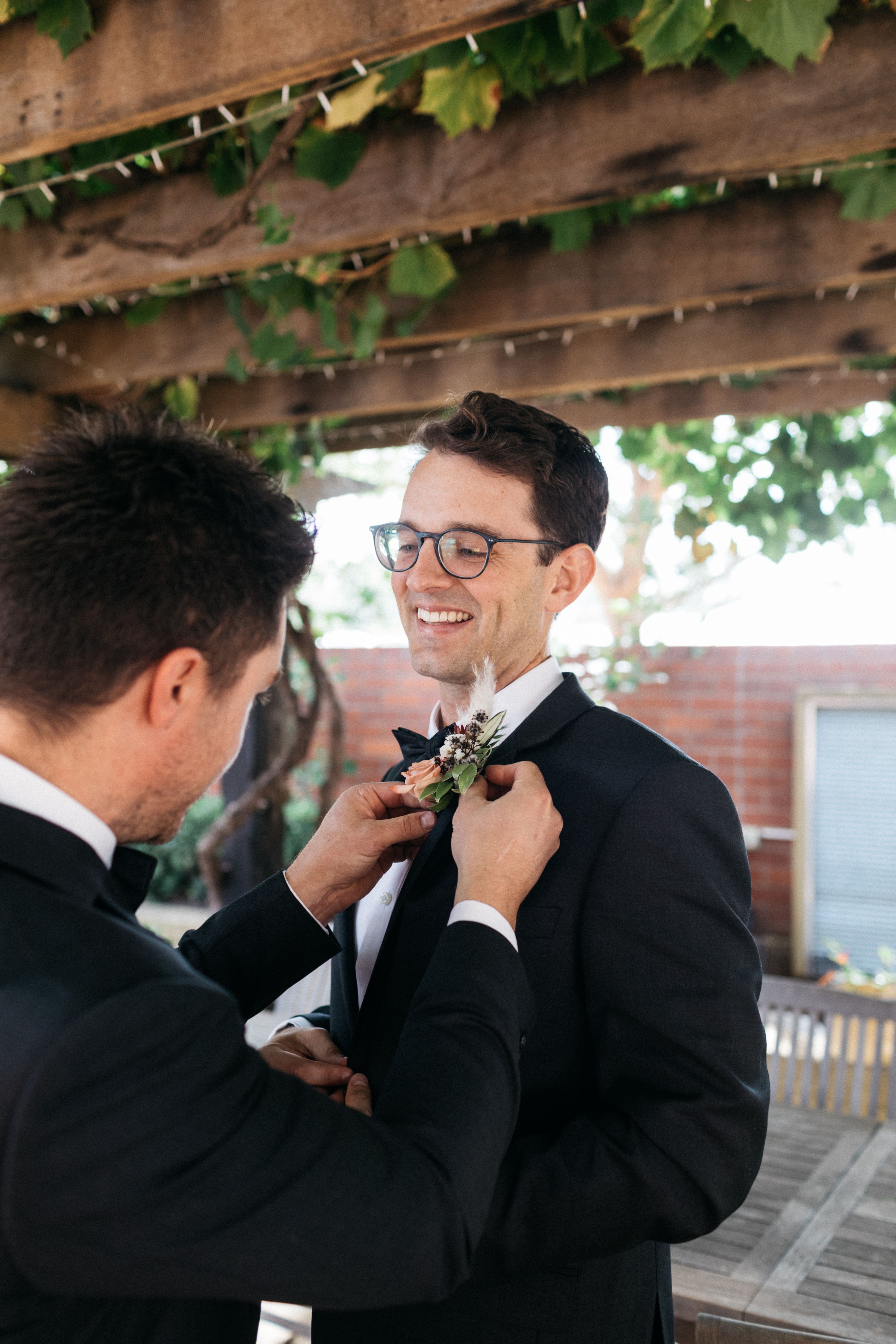 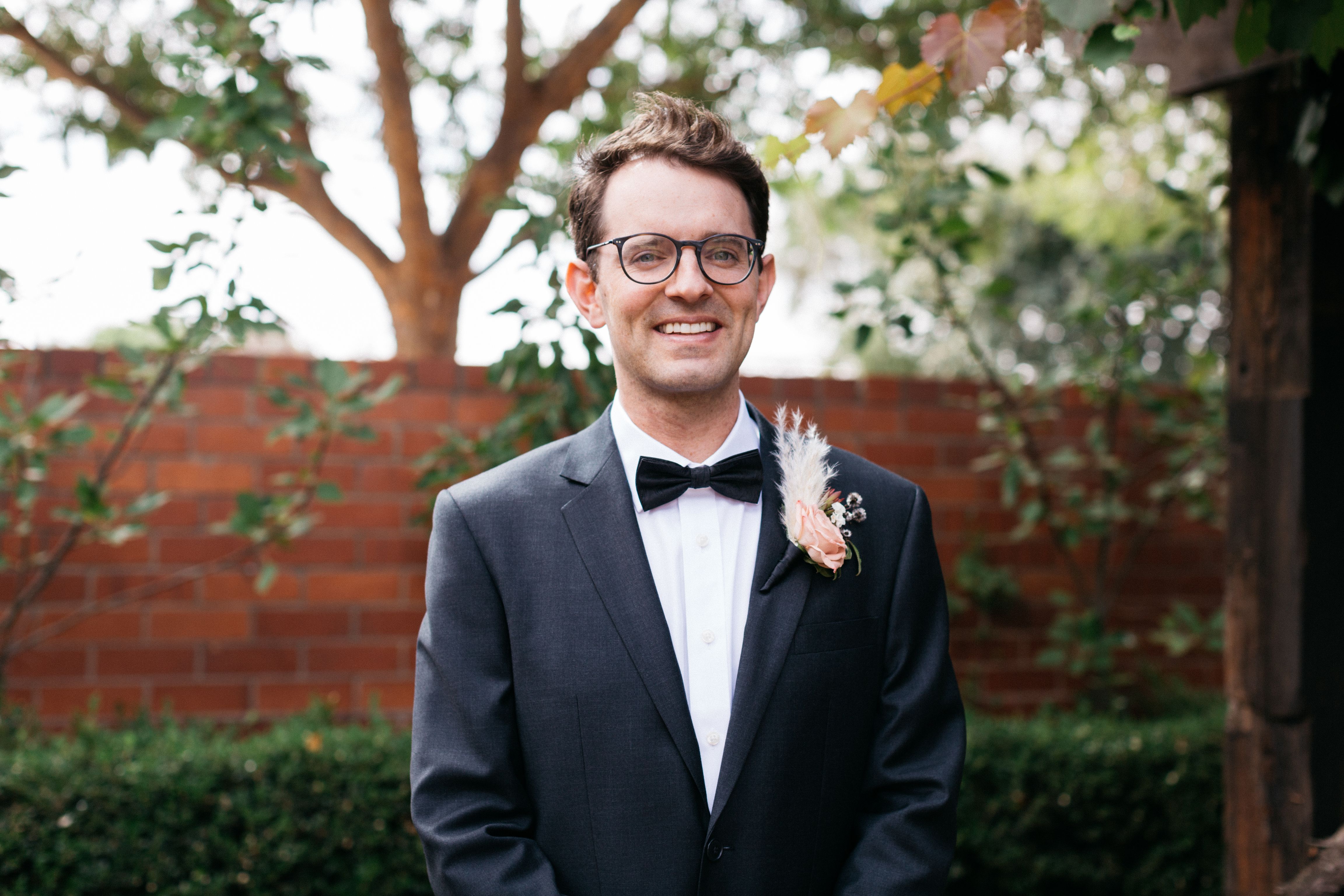 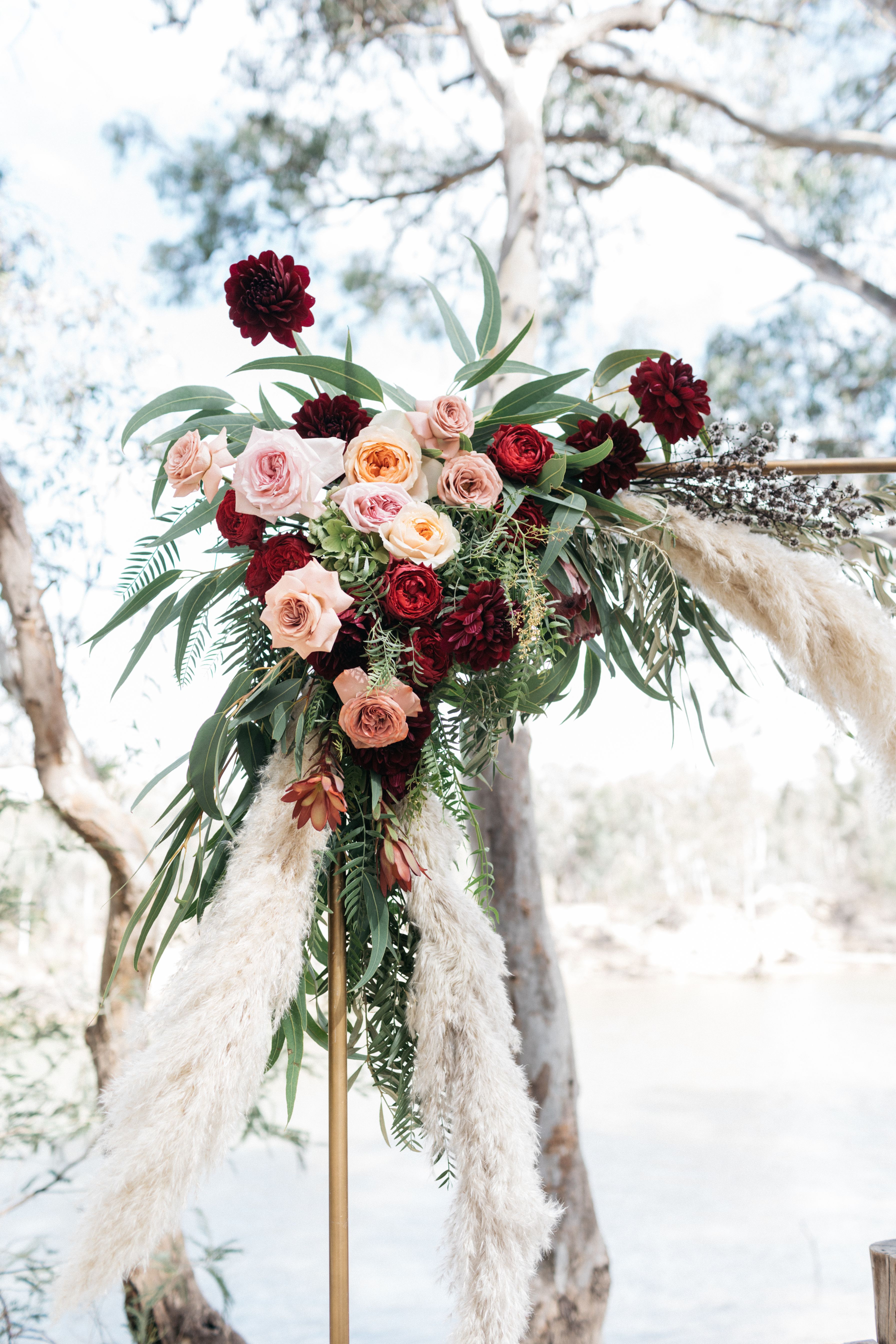 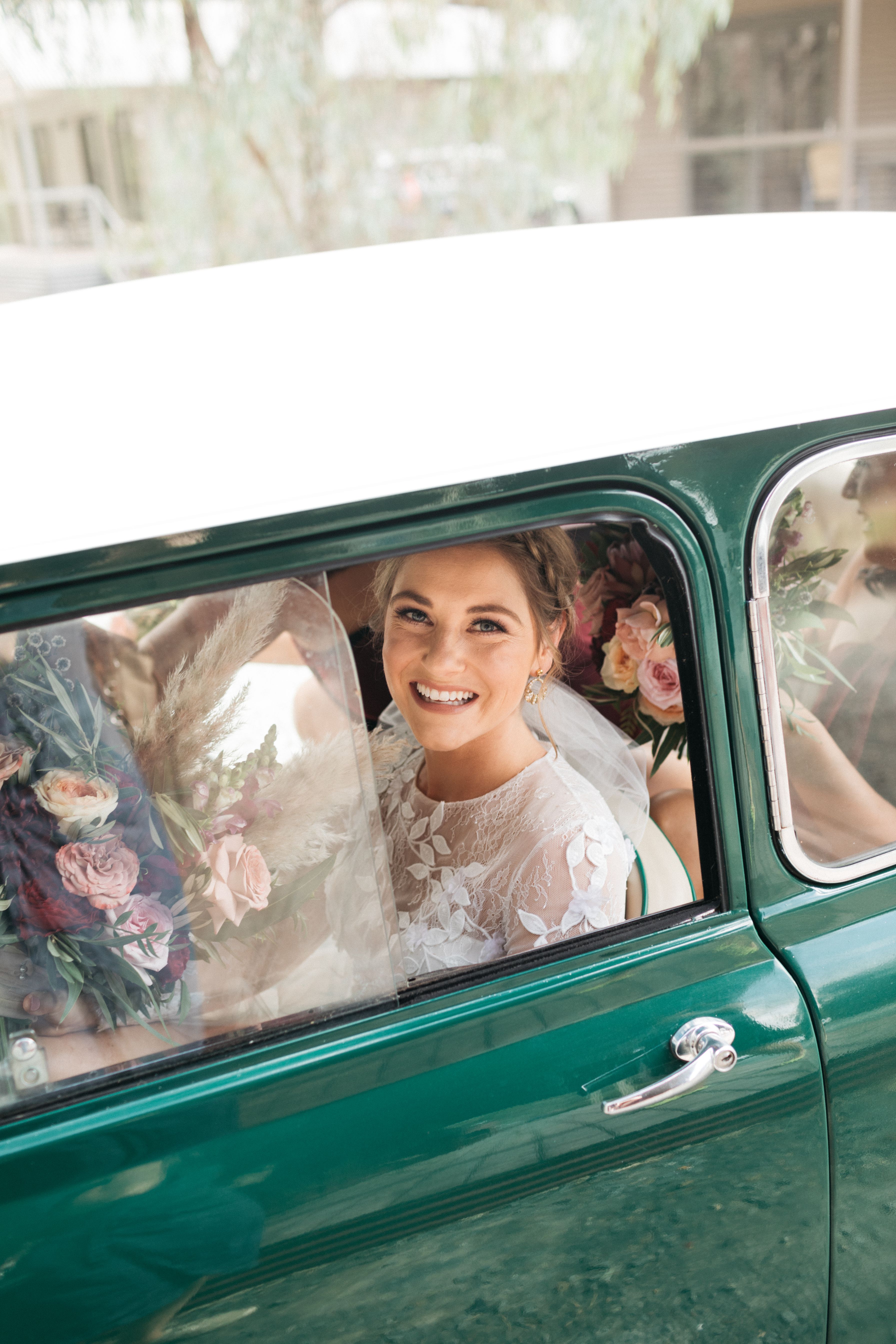 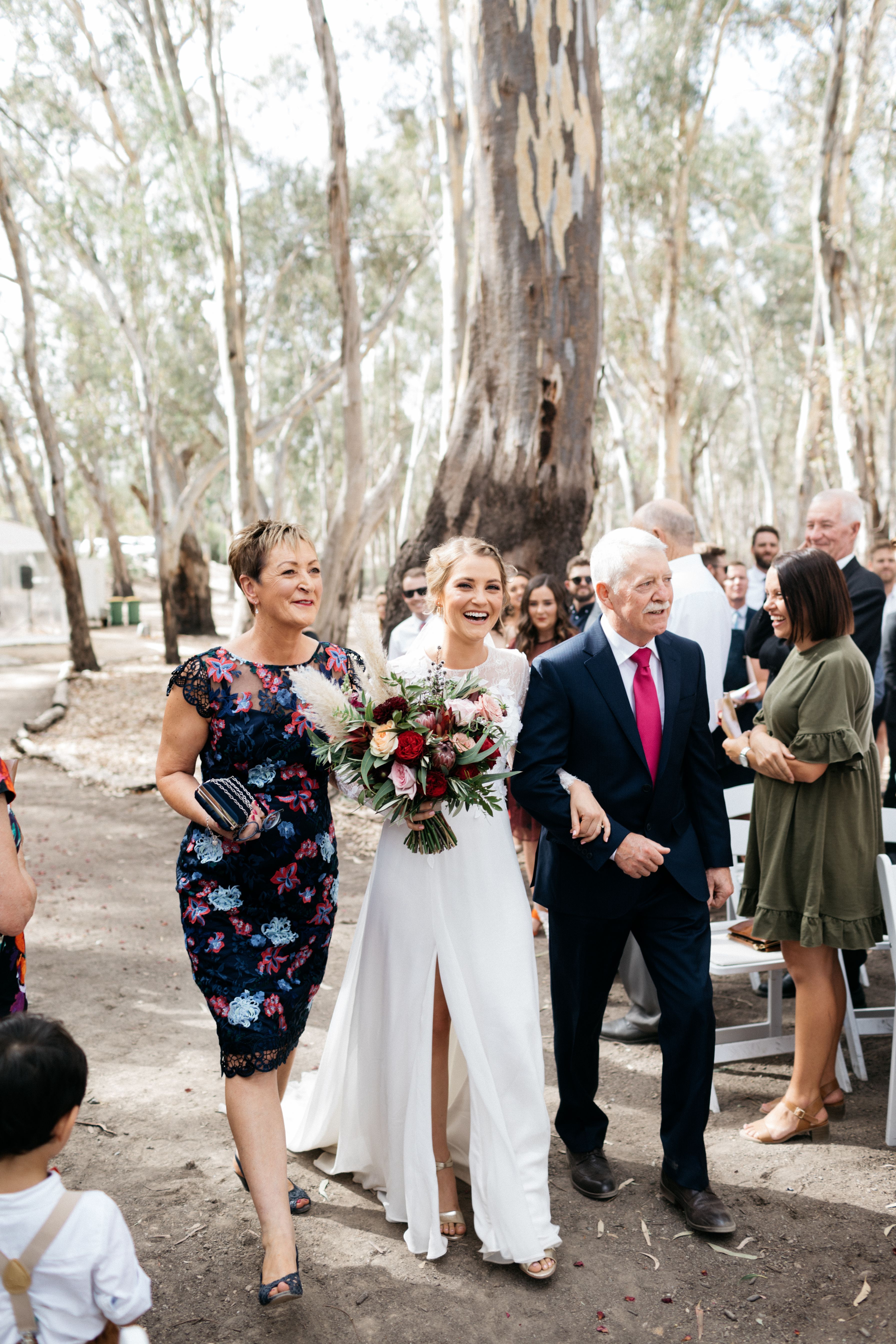 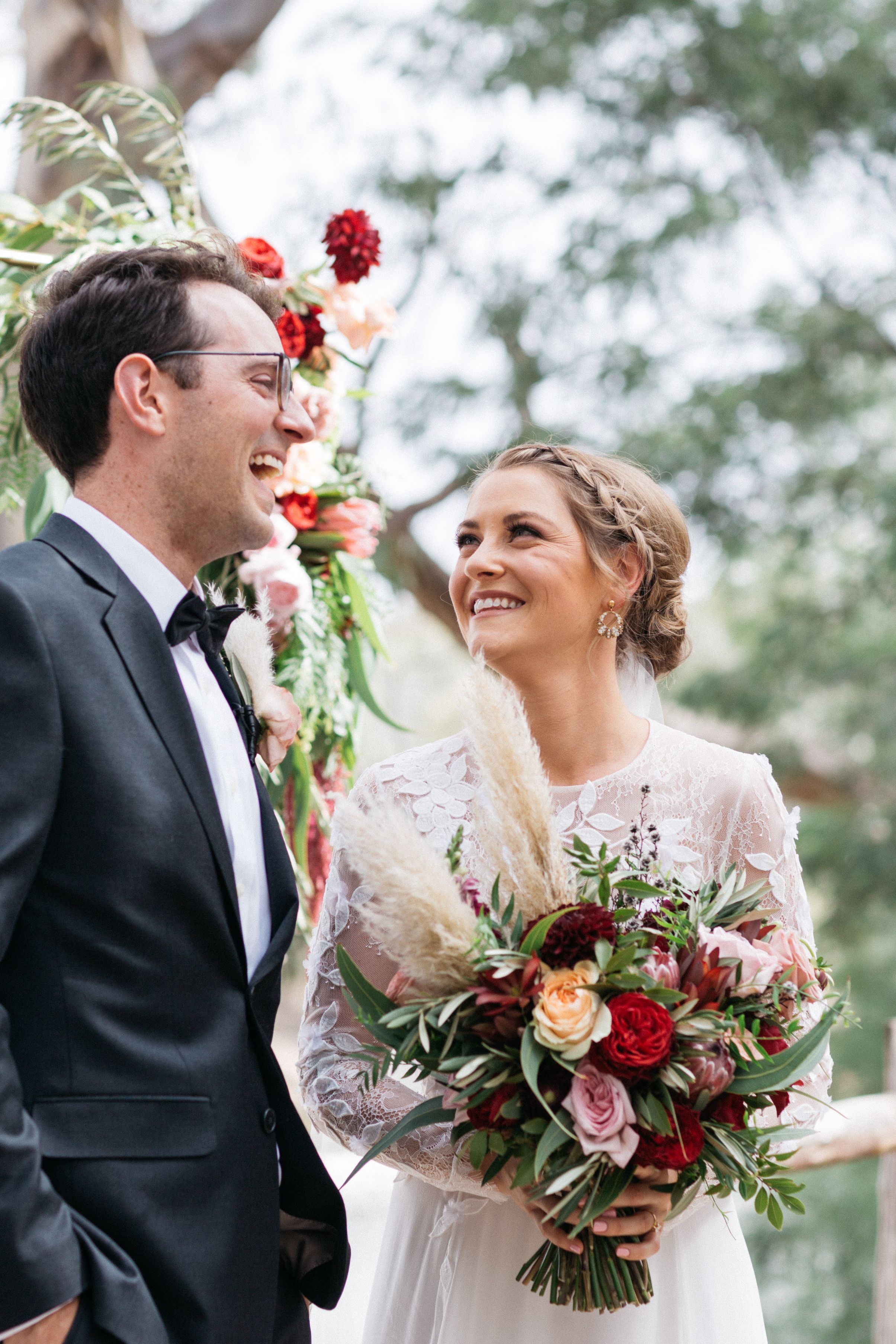 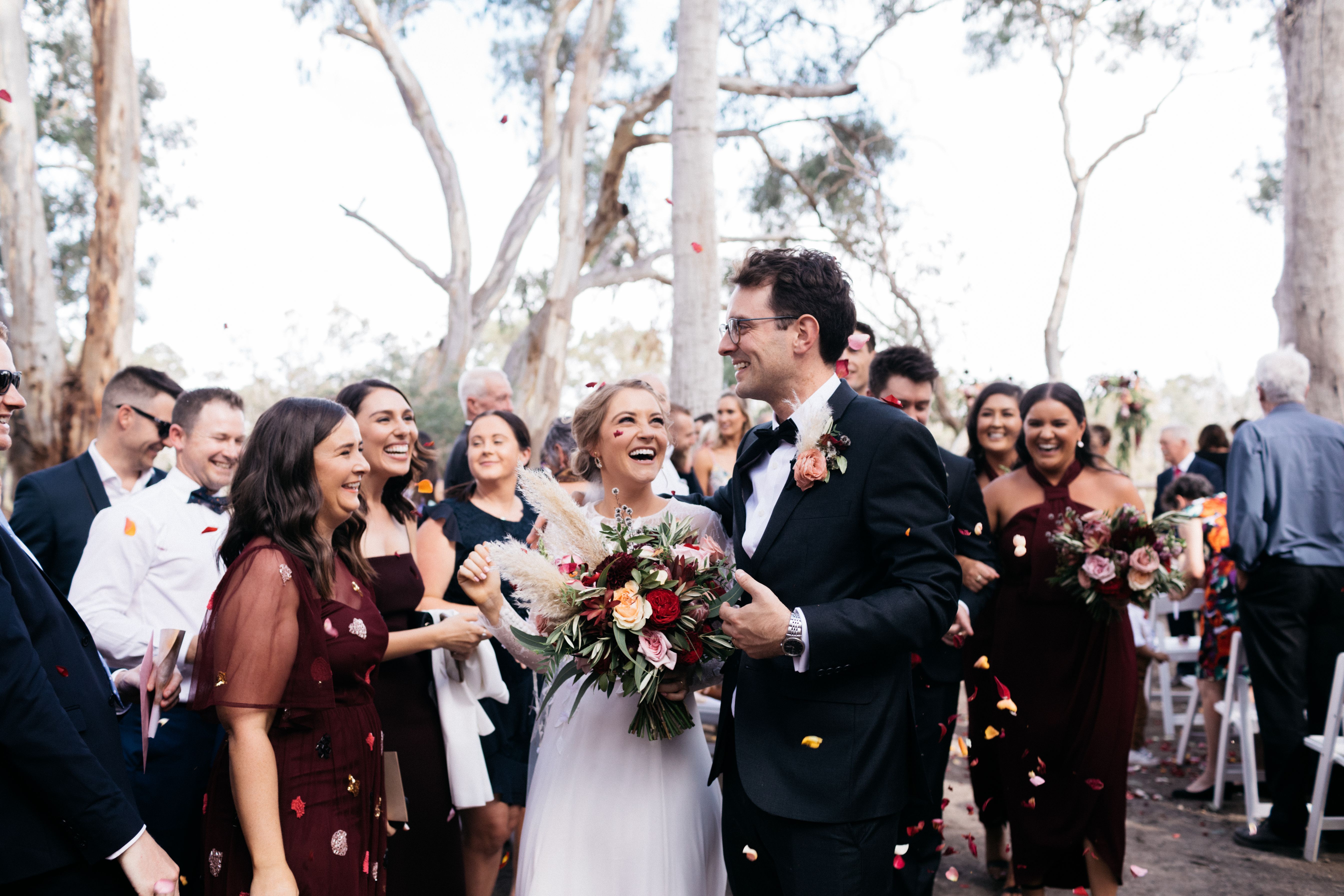 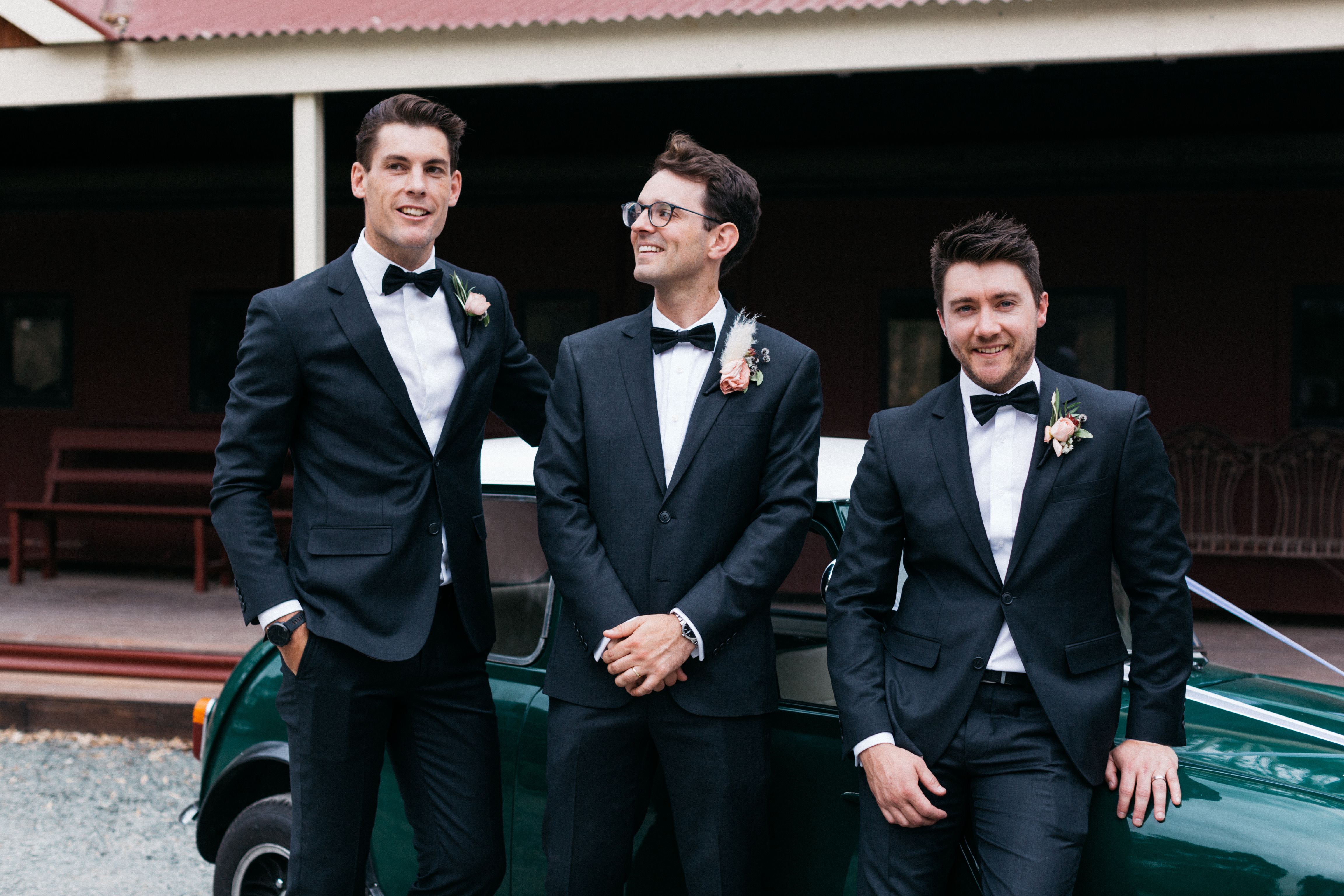 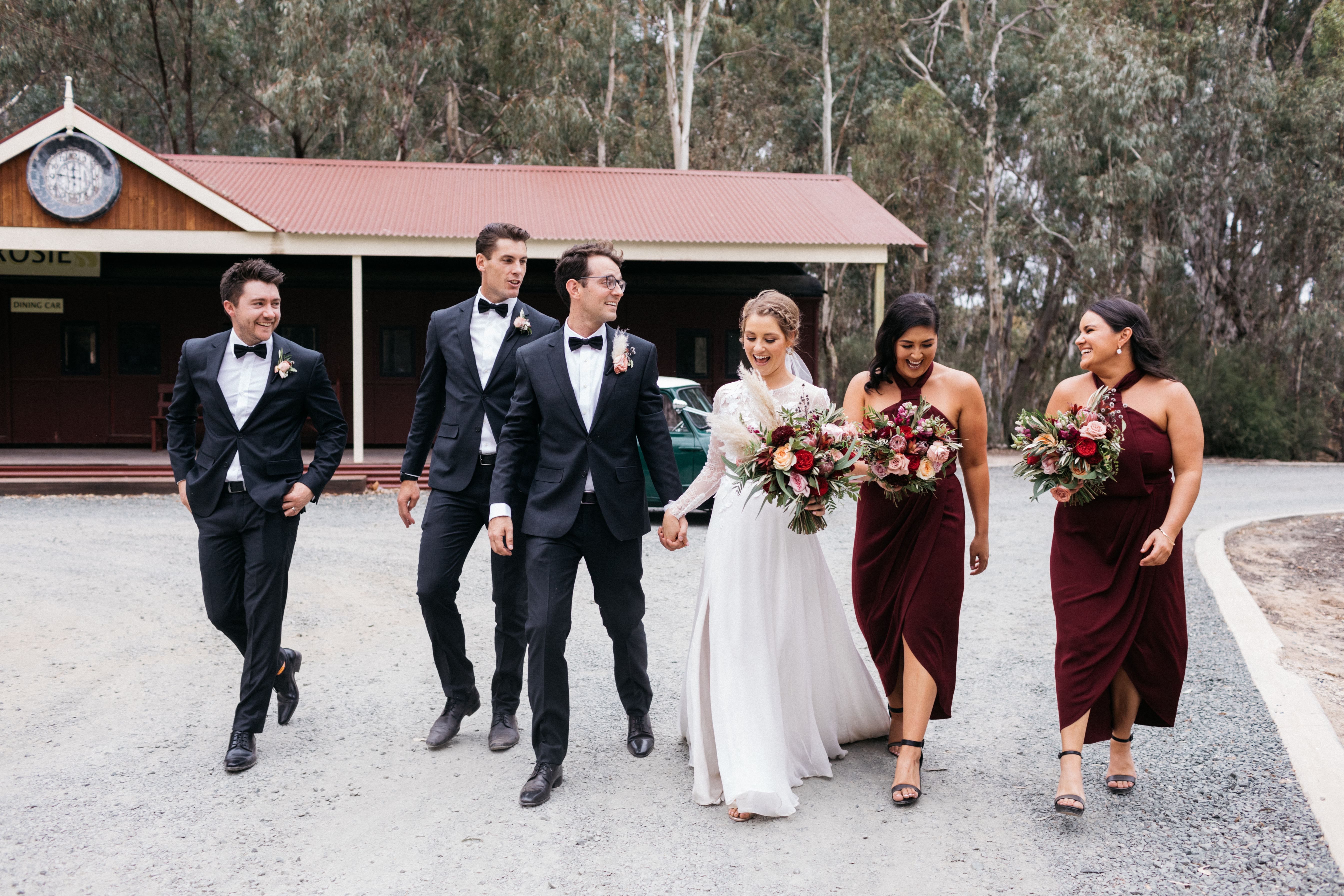 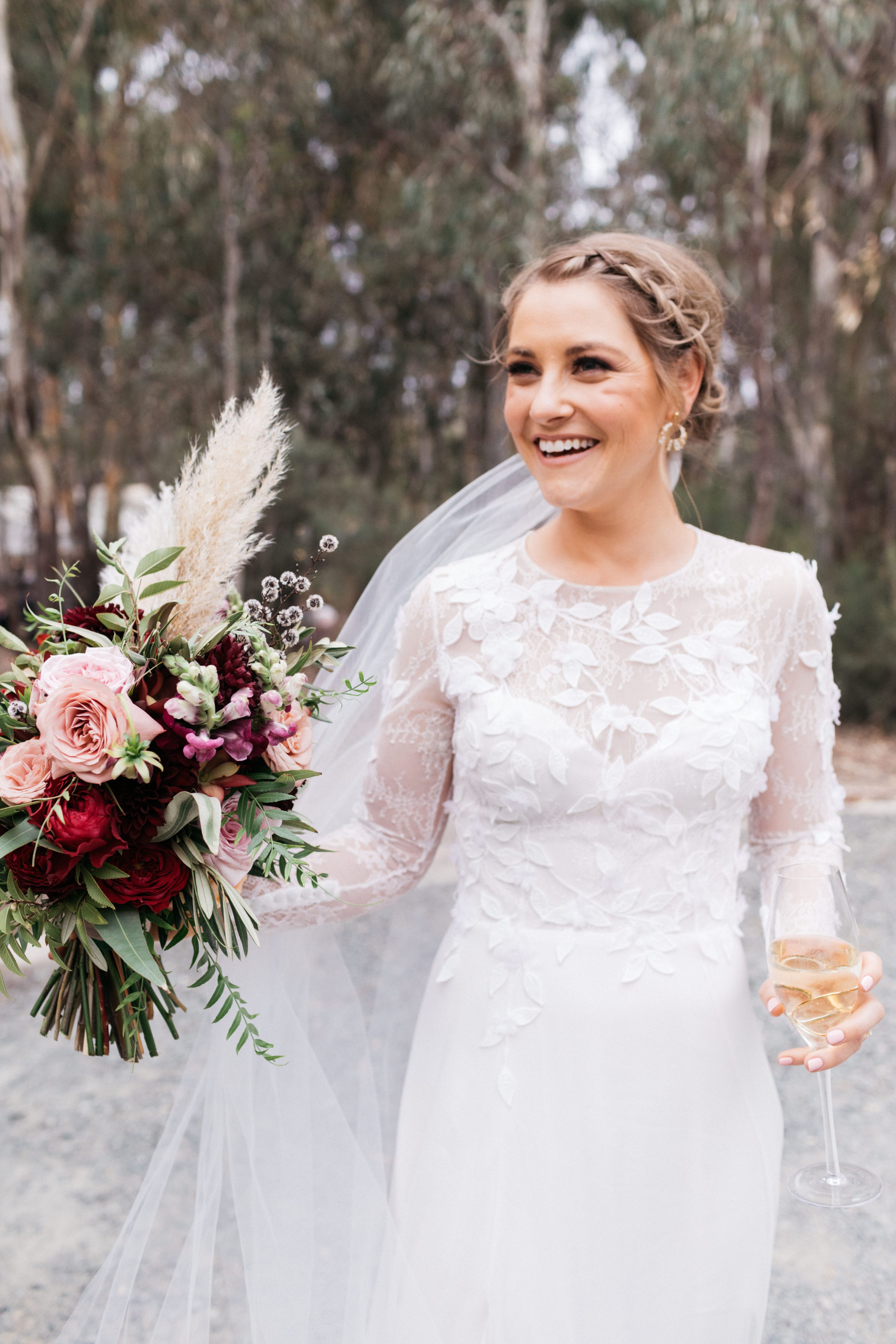 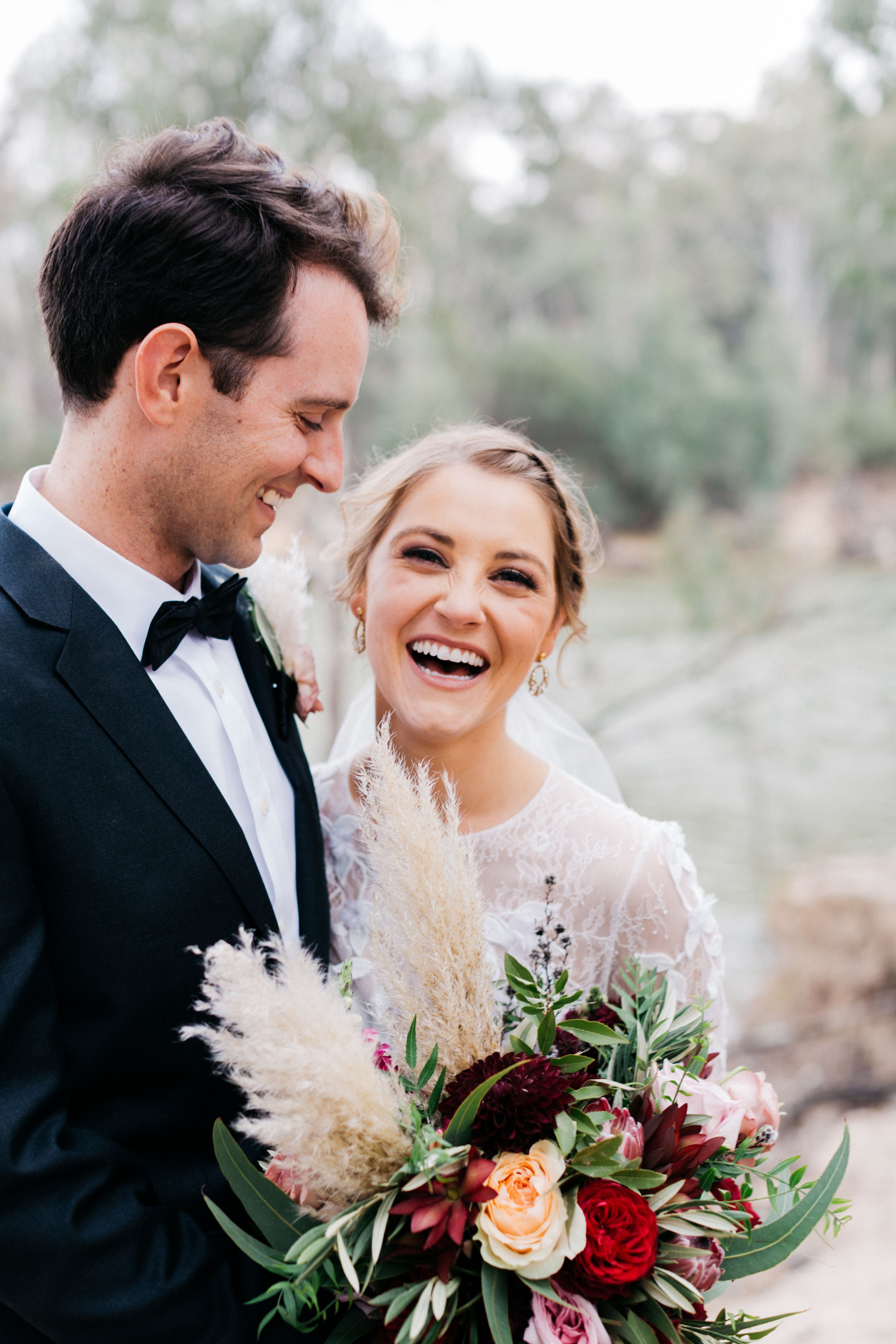 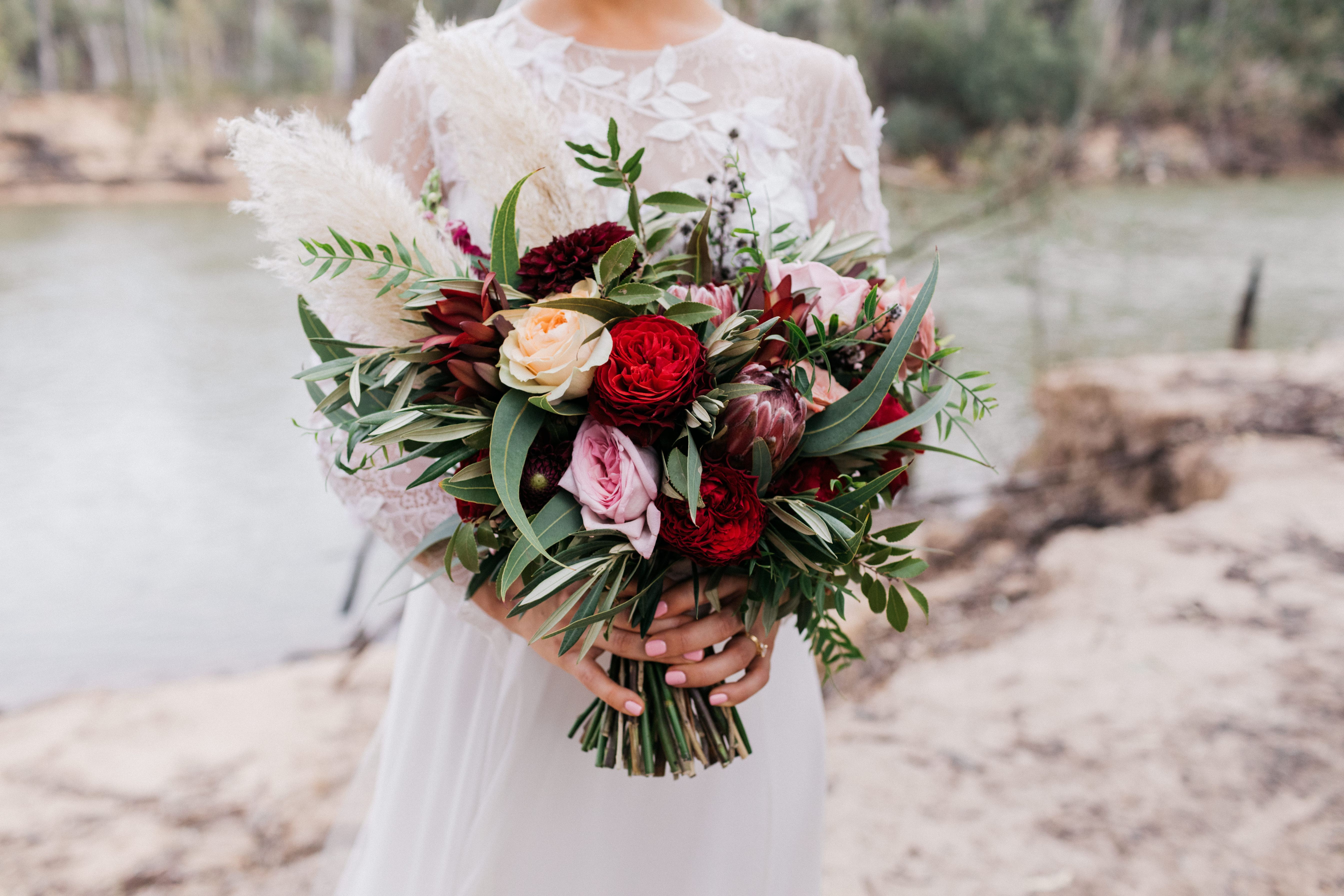 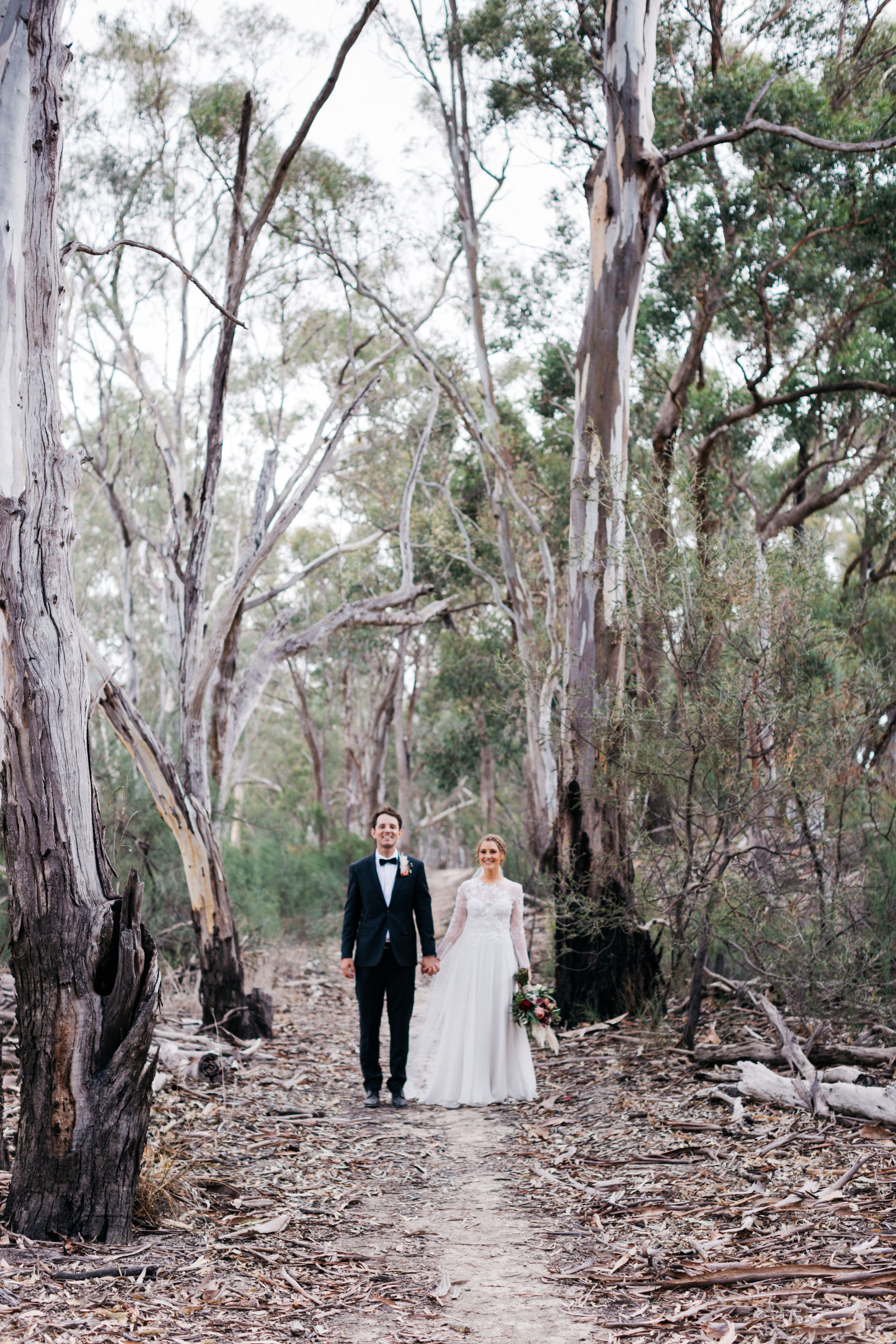 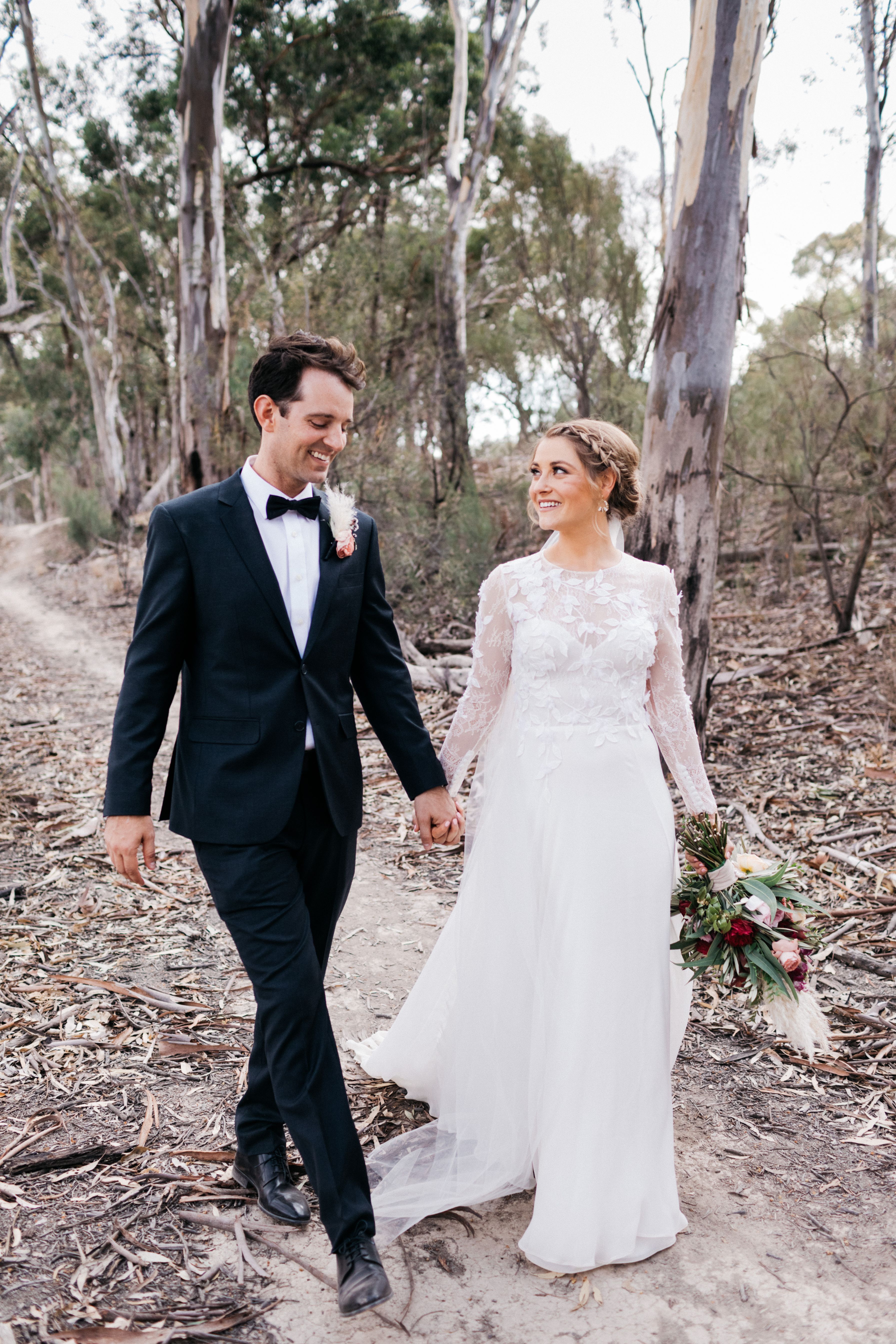 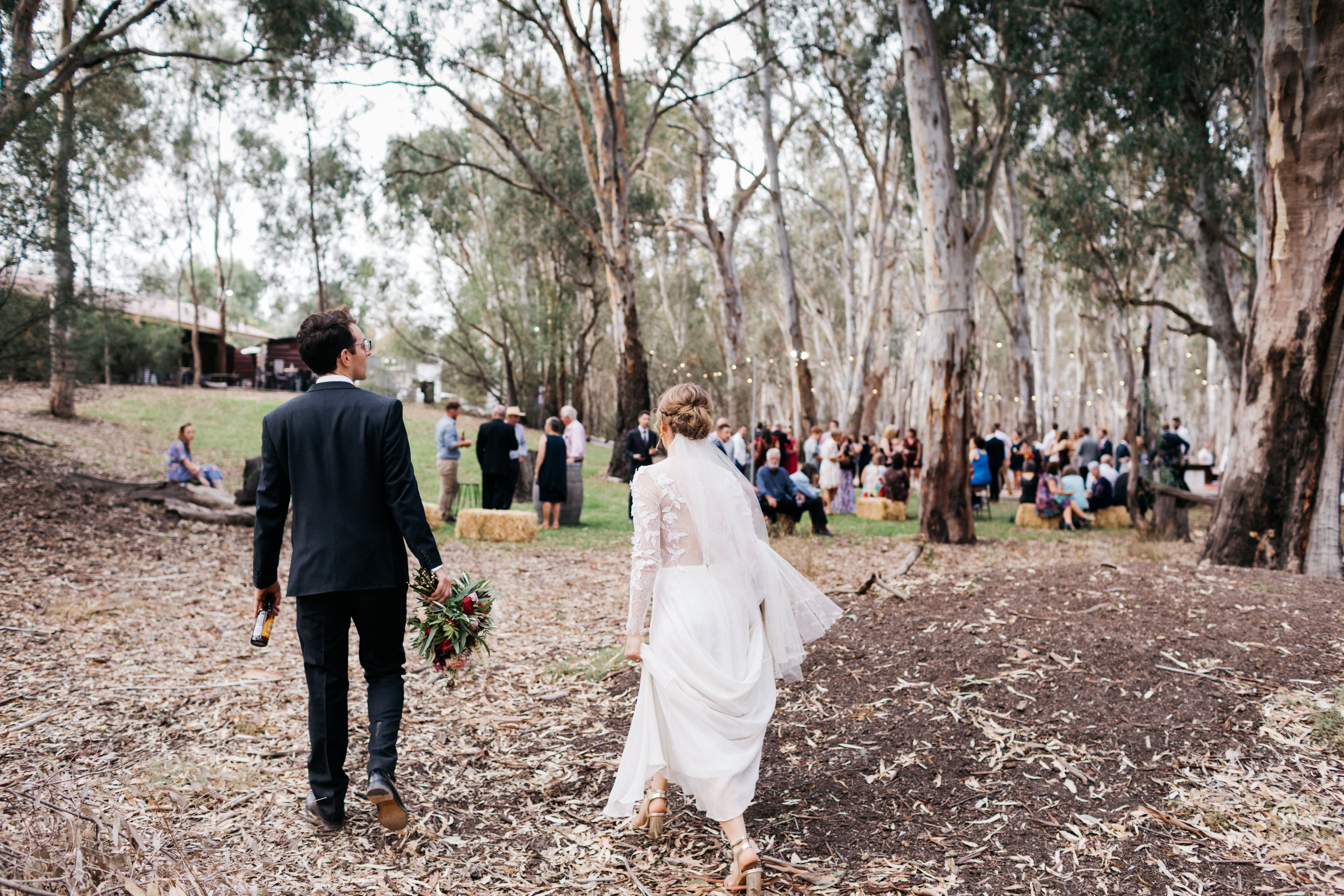 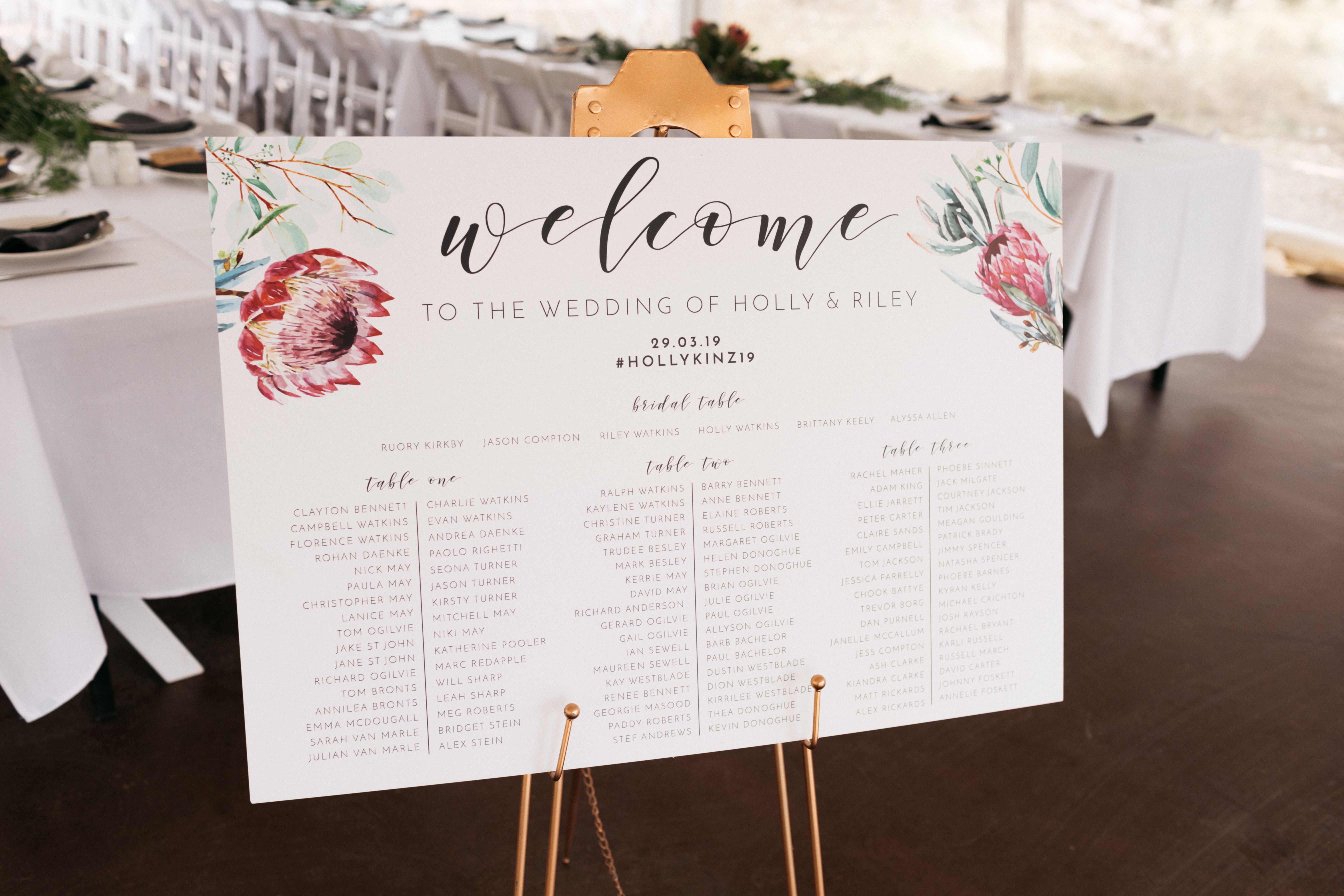 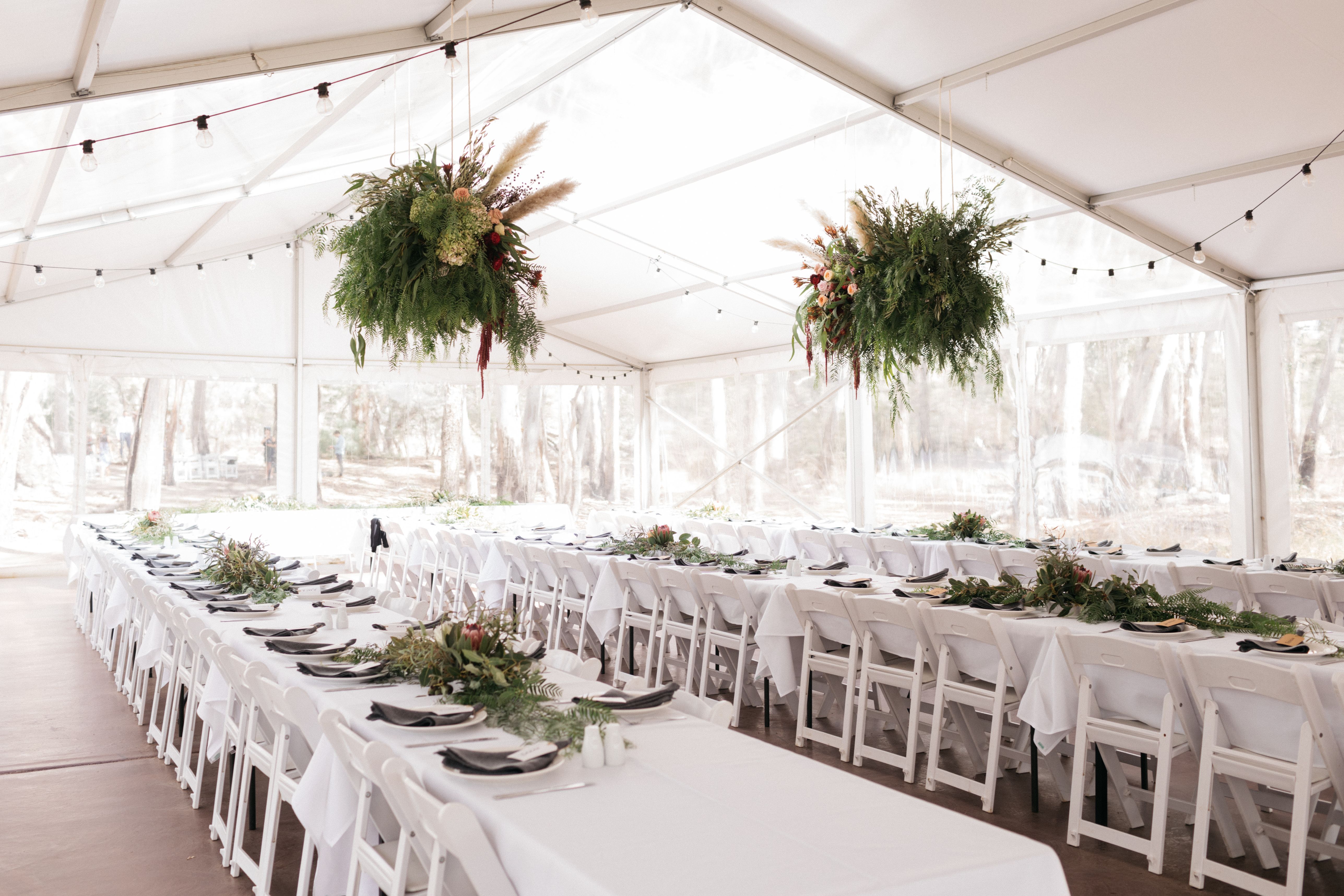 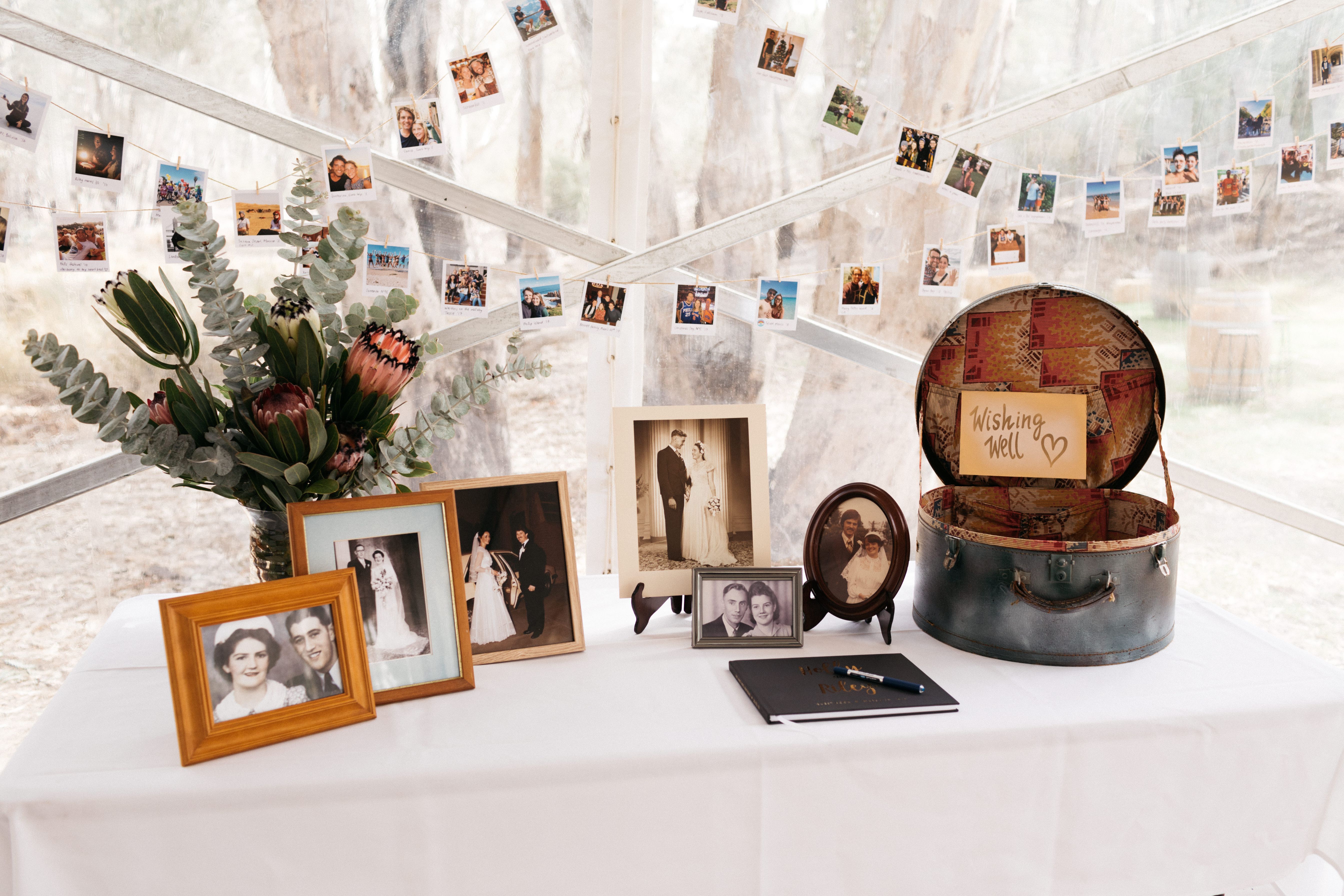 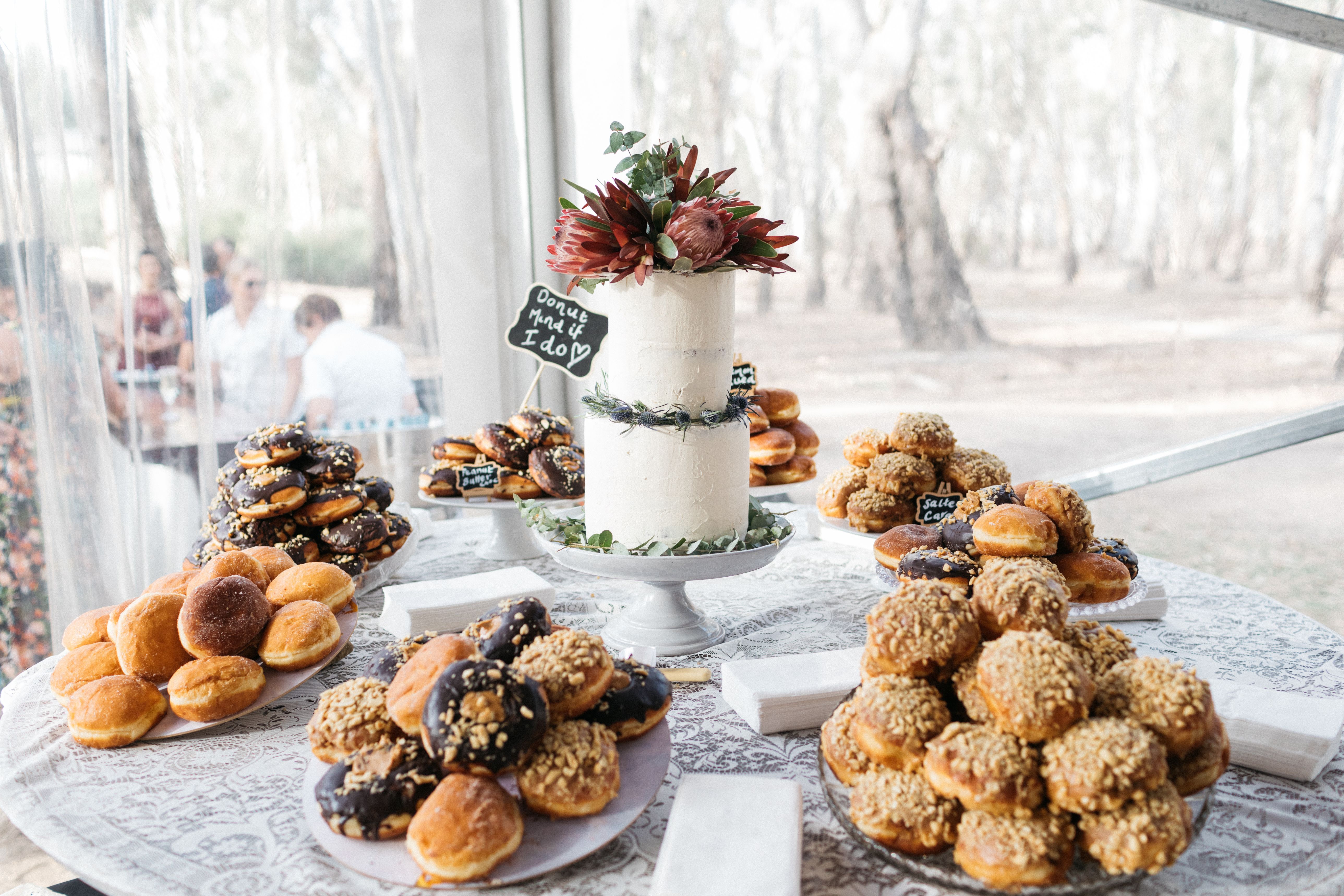 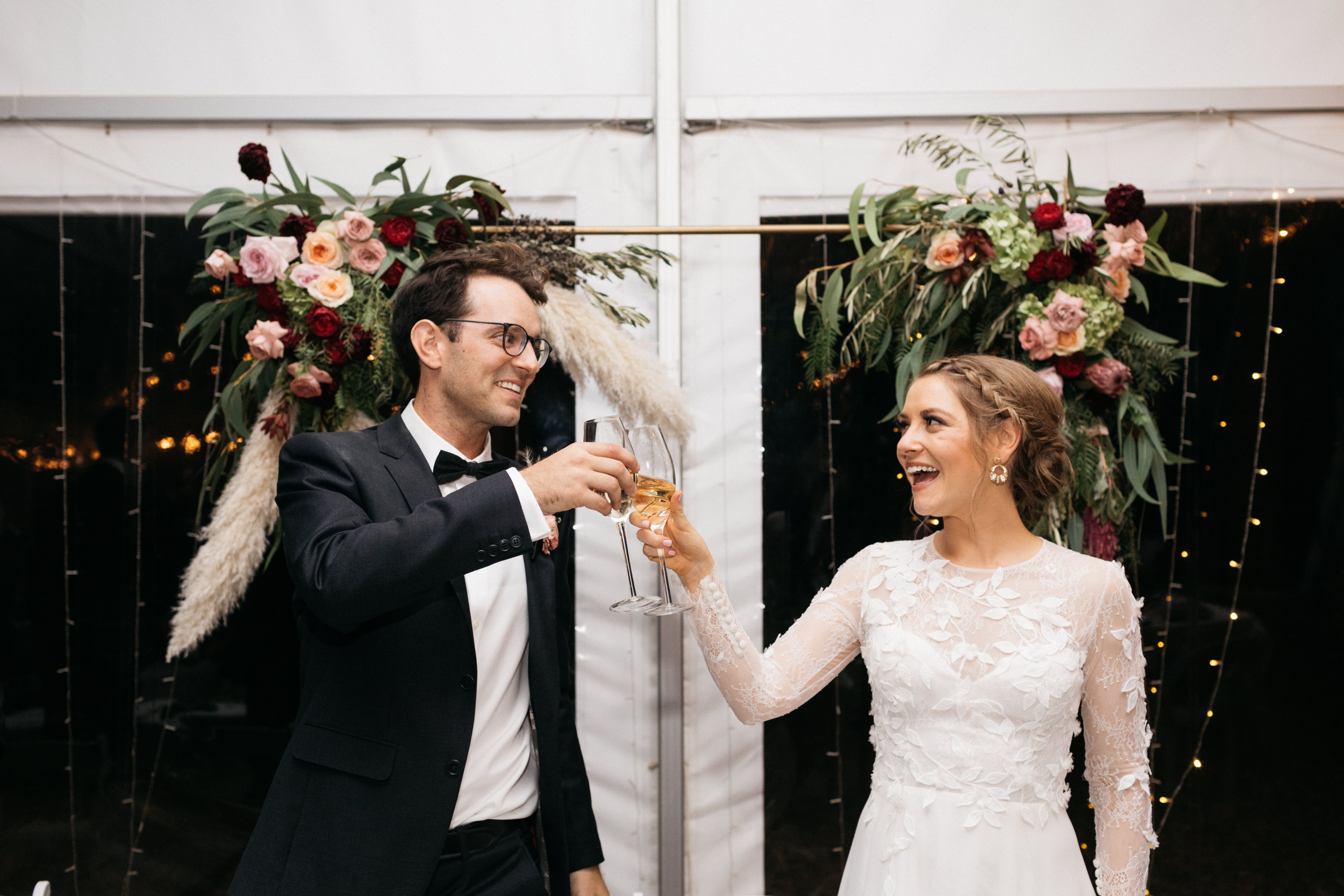 See more photos from Holly and Riley's wedding day over on our Instagram.

Photography and videography: The White Tree