A break from tradition

There’s no doubt Nicole Bray and Mitchell Tomasino planned a wedding to the beat of their own drum.

An important date set an unconventional plan in motion, with Nicole and Mitchell married on their eighth anniversary, a Wednesday, and the reception celebrated 10 days later. 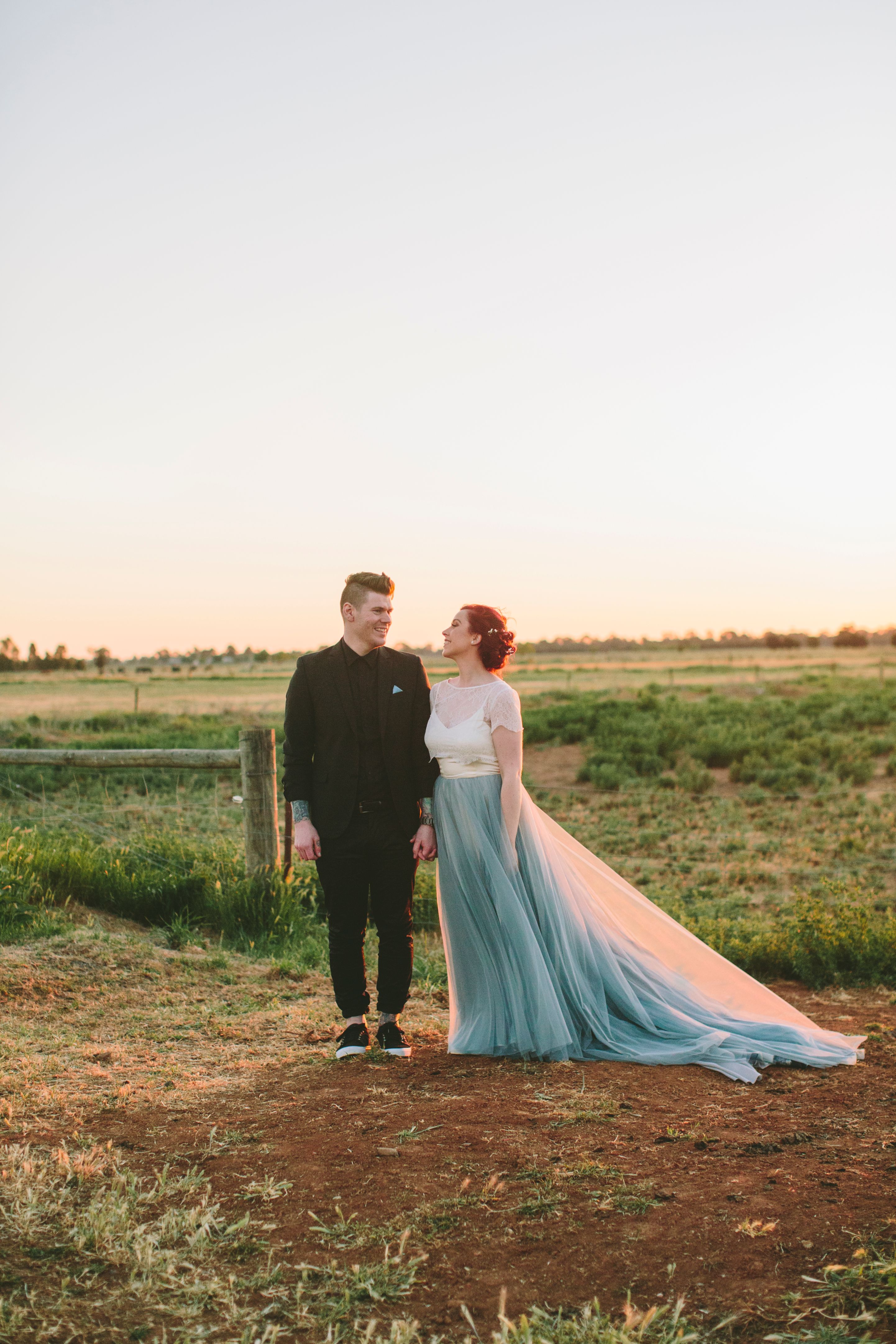 “We ended up having an extremely intimate ceremony with only immediate family and four of our closest friends, and then having a big, fun party a week later and celebrating with everyone important to us.”

Instead of walking down the aisle, they chose to stand united at their ceremony spot – a tree wrapped with fairy lights and baby’s breath flowers on Nicole’s family property – as their 18 guests walked towards them and took their seats.

“We both hate being the centre of attention, so we changed a lot of the formalities so that we could stay out of the limelight as much as possible,” Nicole said.

“I remember saying to Mitch I didn’t want to walk down the aisle and he said we needed to think of a cool way to do it and that’s what we came up with.

“I found a pair in a beige satin with ribbons for laces – they were much more my style, I’m not a heels person,” she said.

A no social media rule ensured the statement gown was kept a surprise for the Melbourne reception, where rather than making a formal entrance as husband and wife they welcomed in each of their guests as they arrived.

“The spotlight wasn’t on us at the reception it was just one big party,” Nicole said.

“The only formality we kept at the reception were the speeches.” 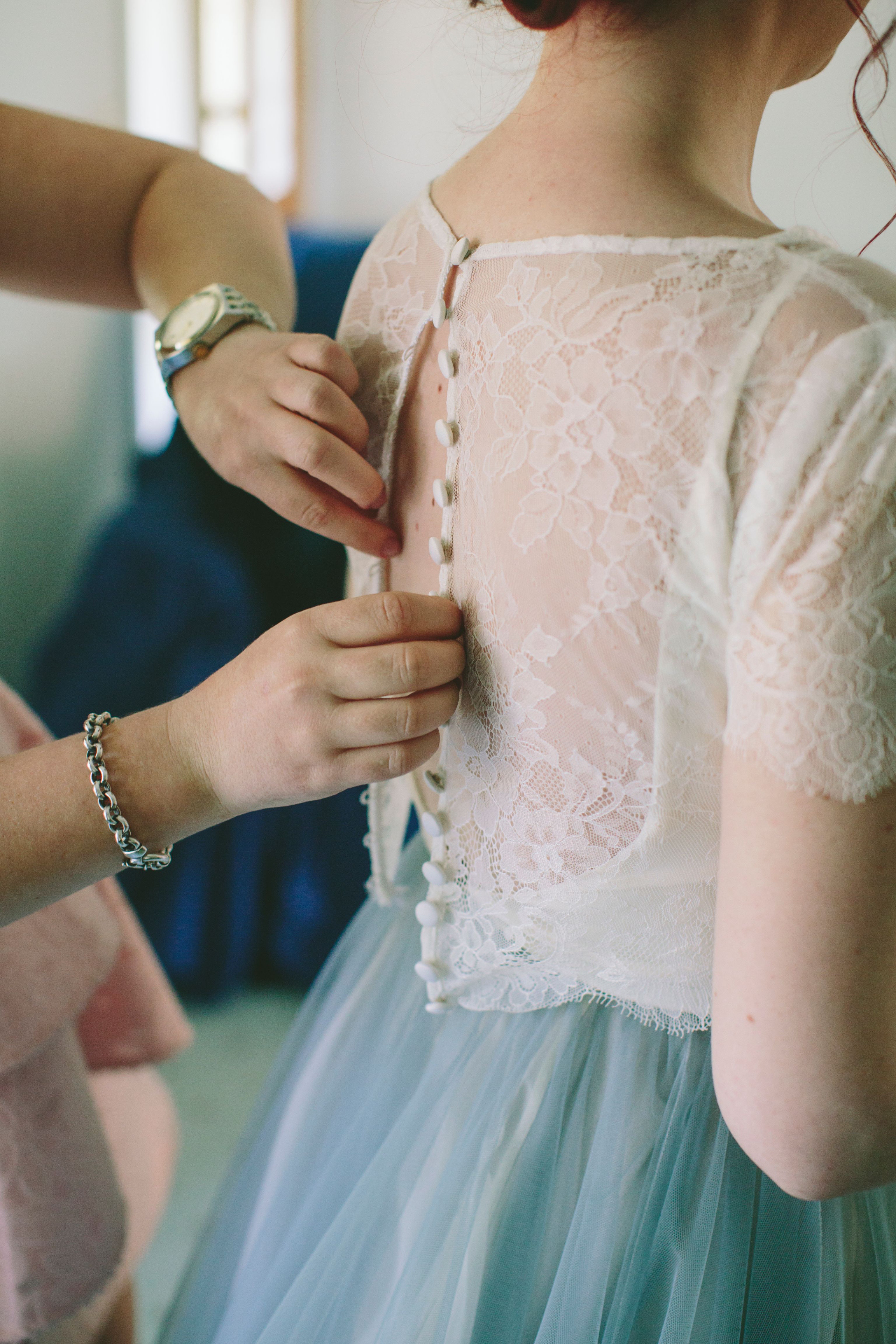 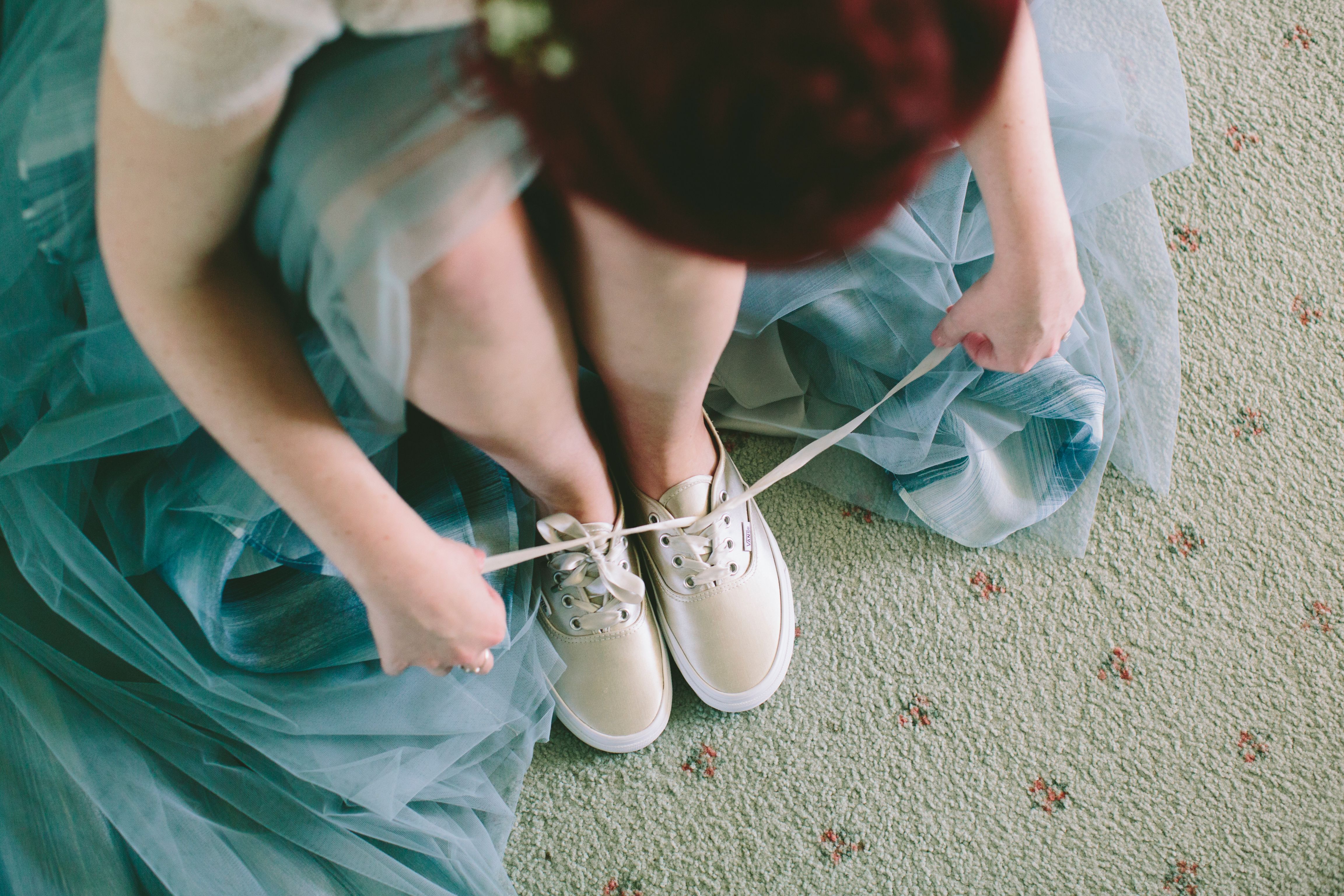 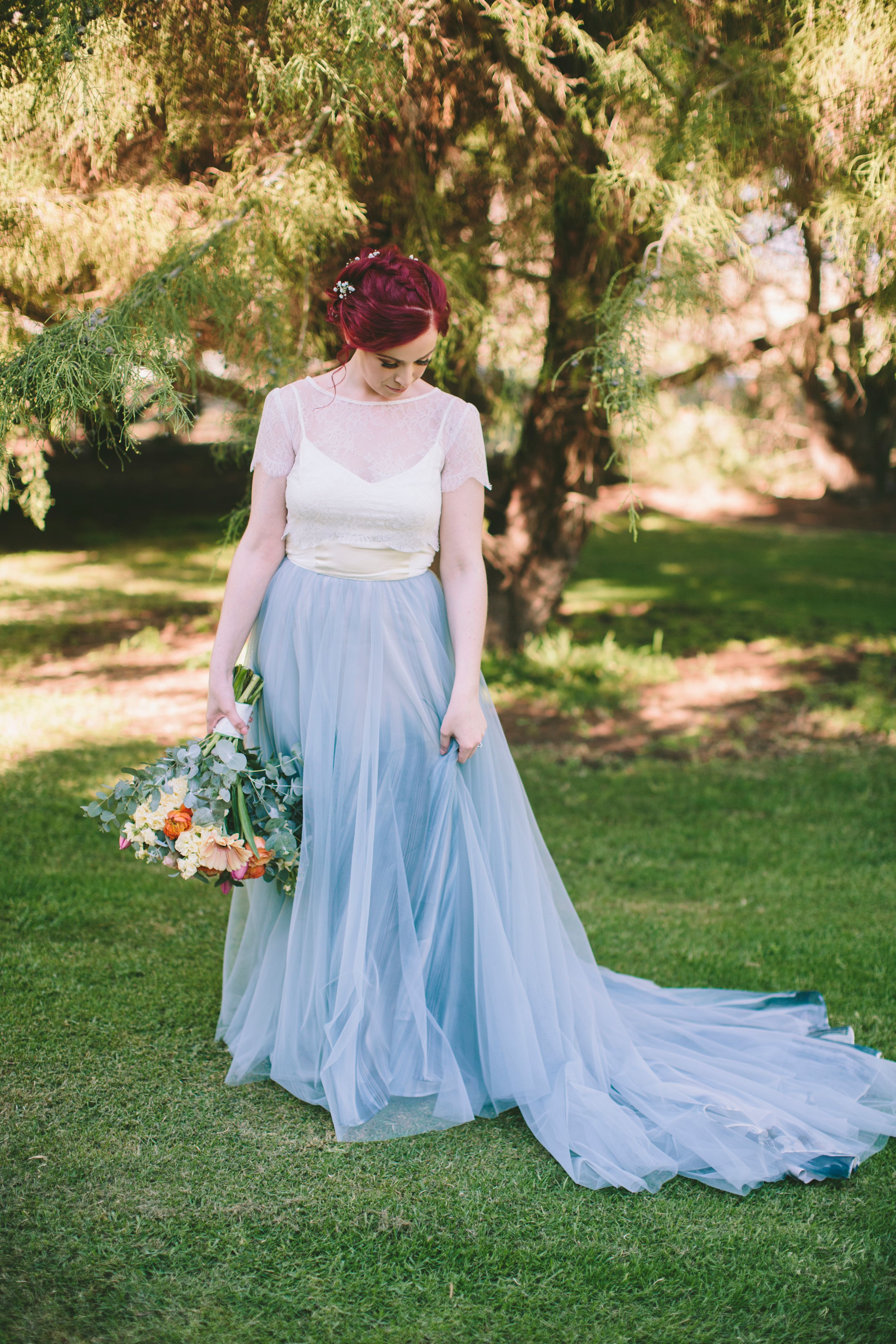 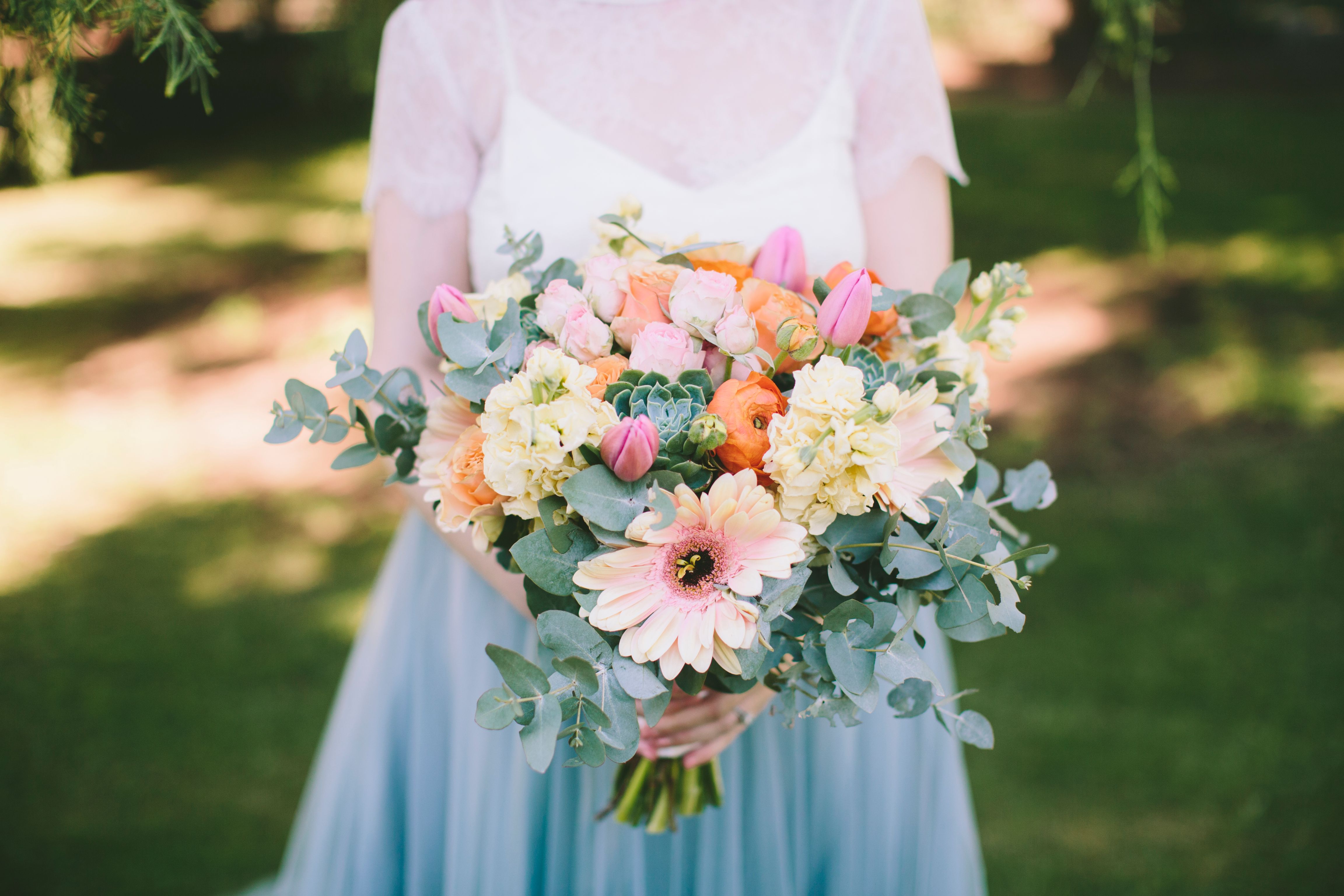 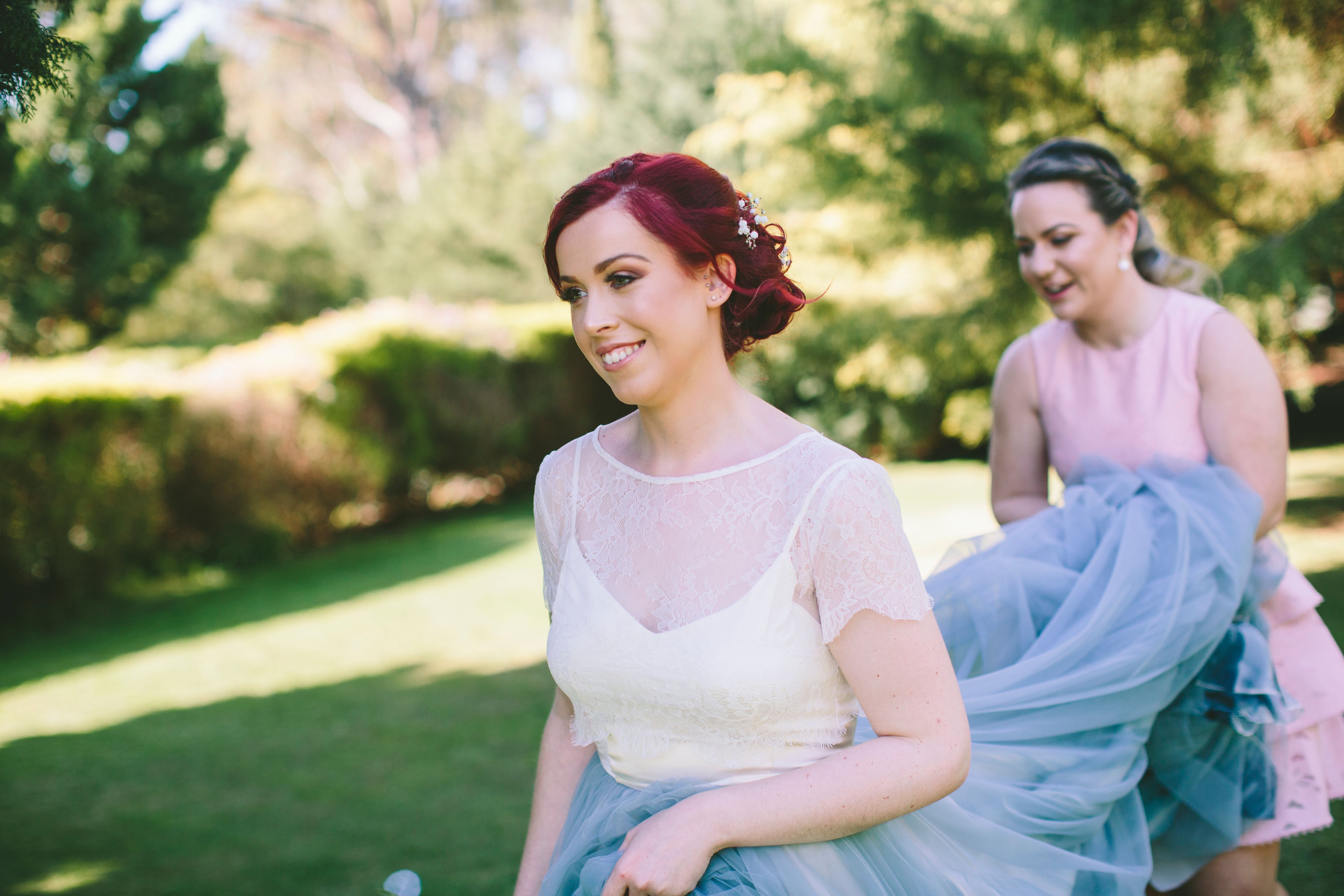 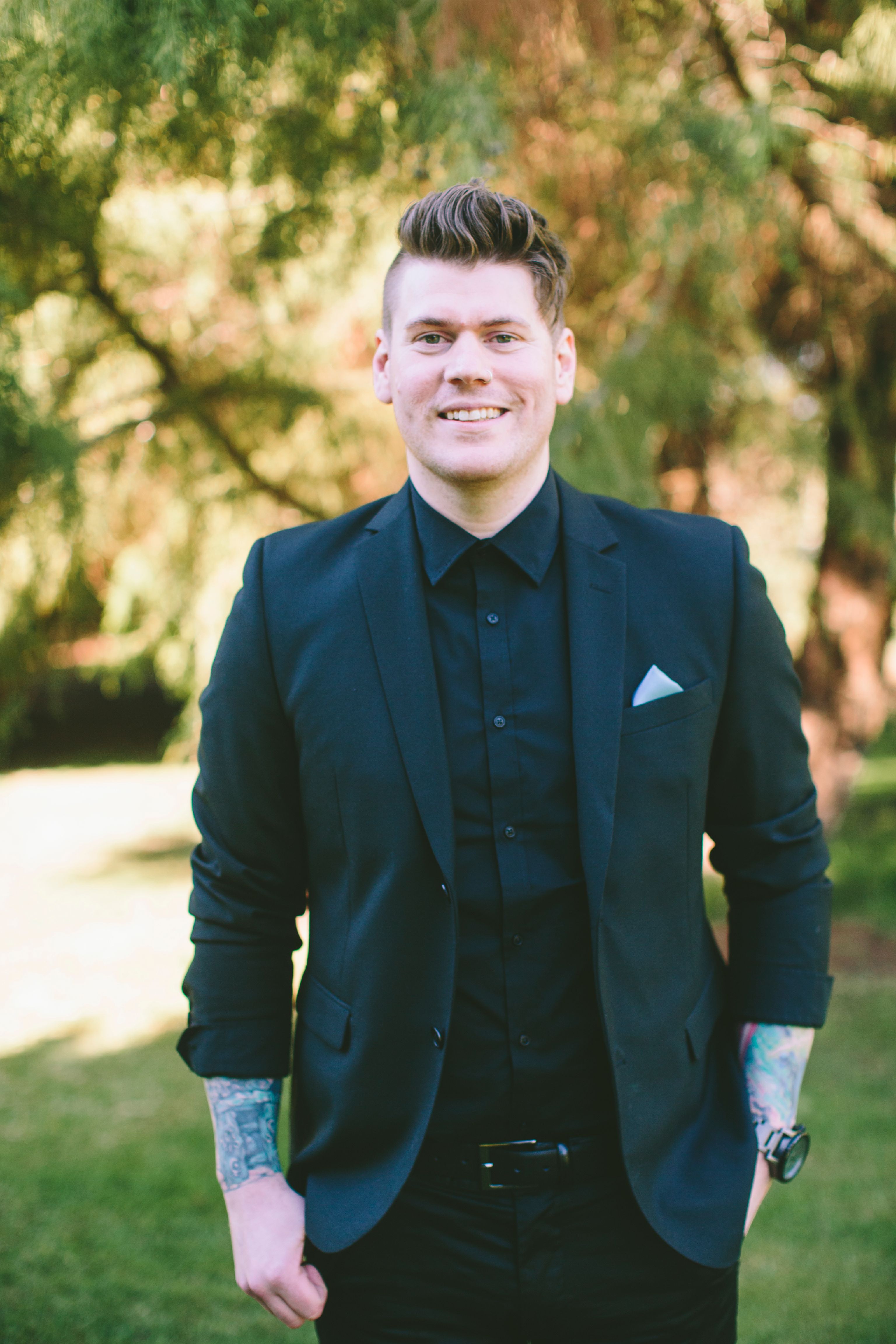 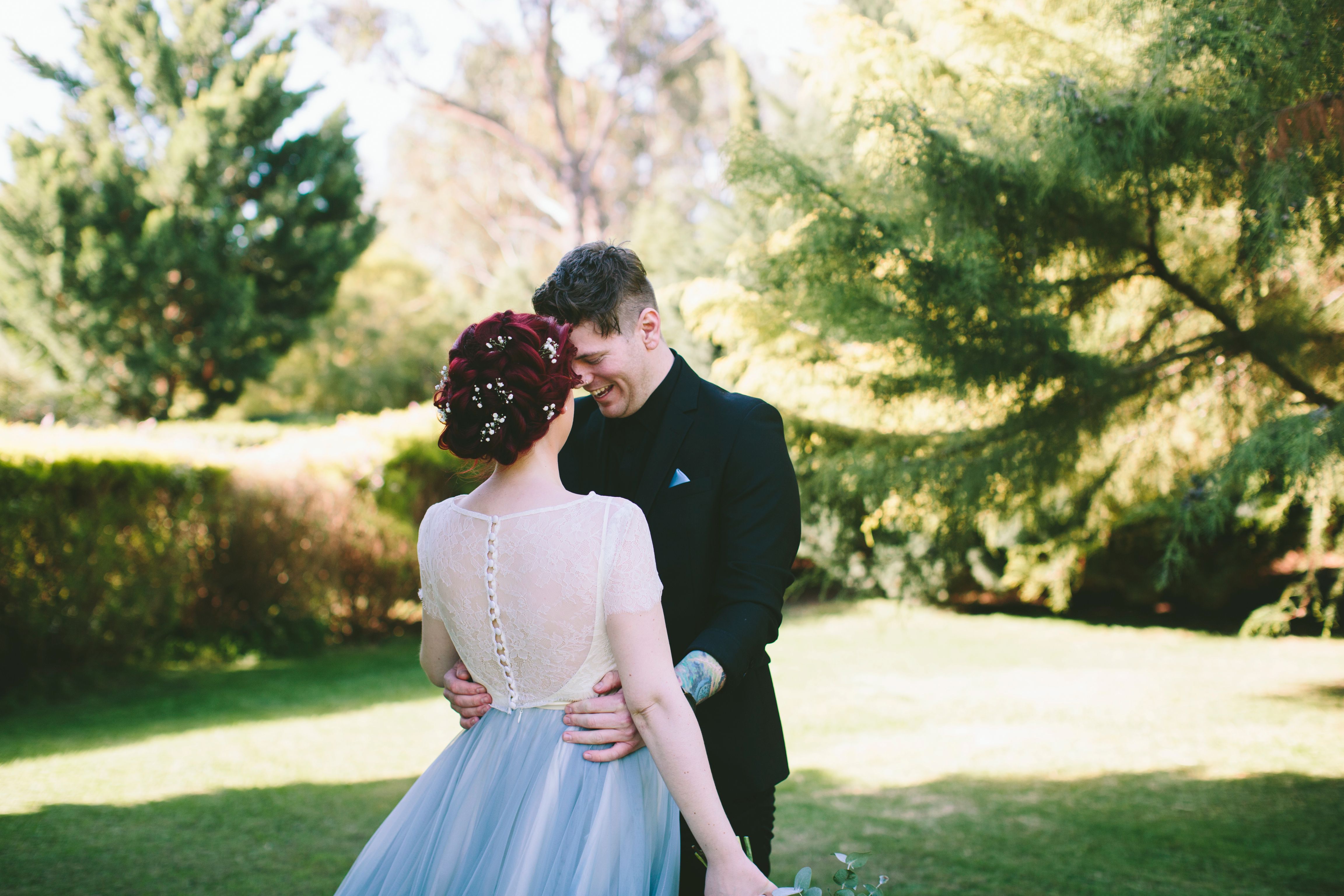 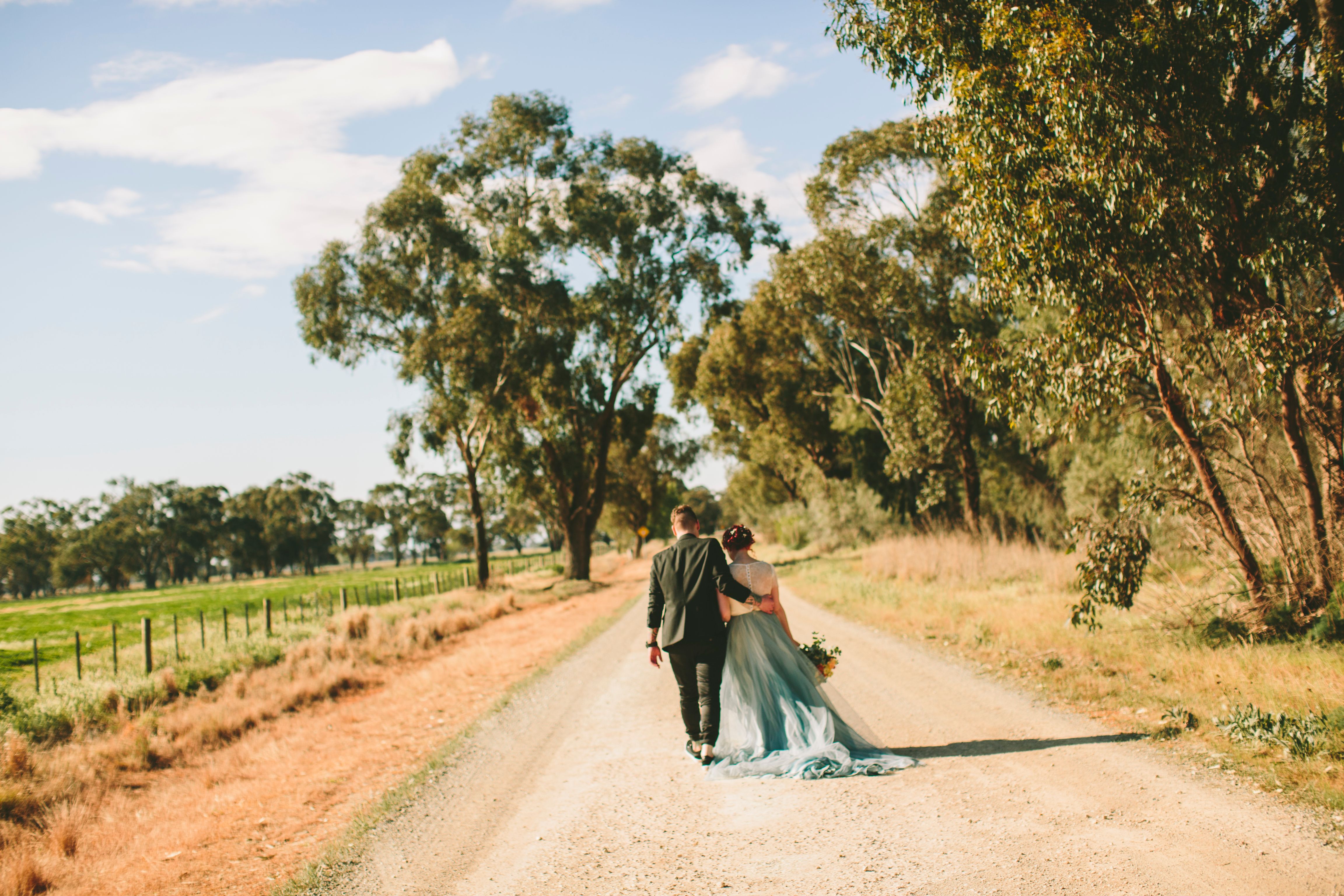 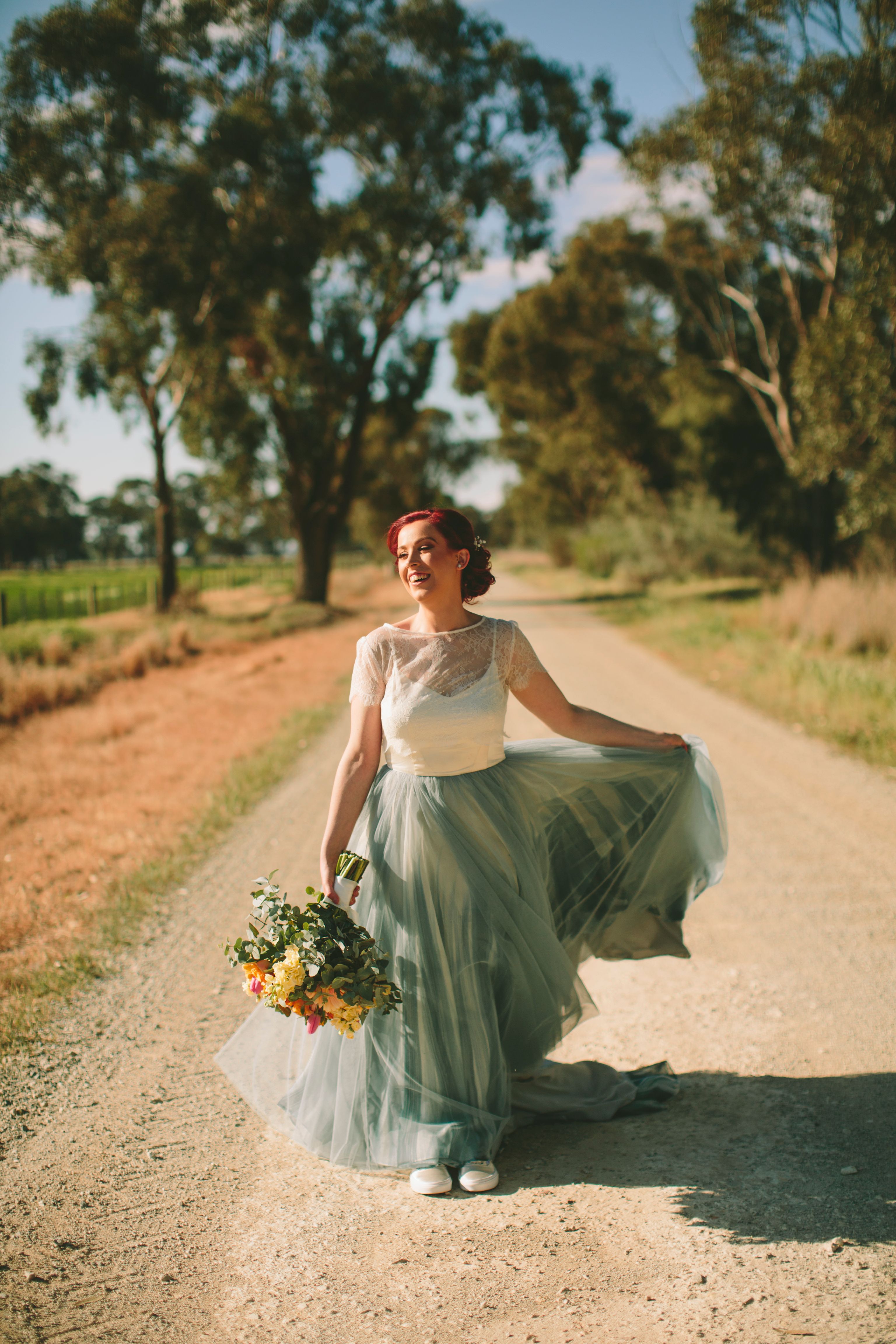 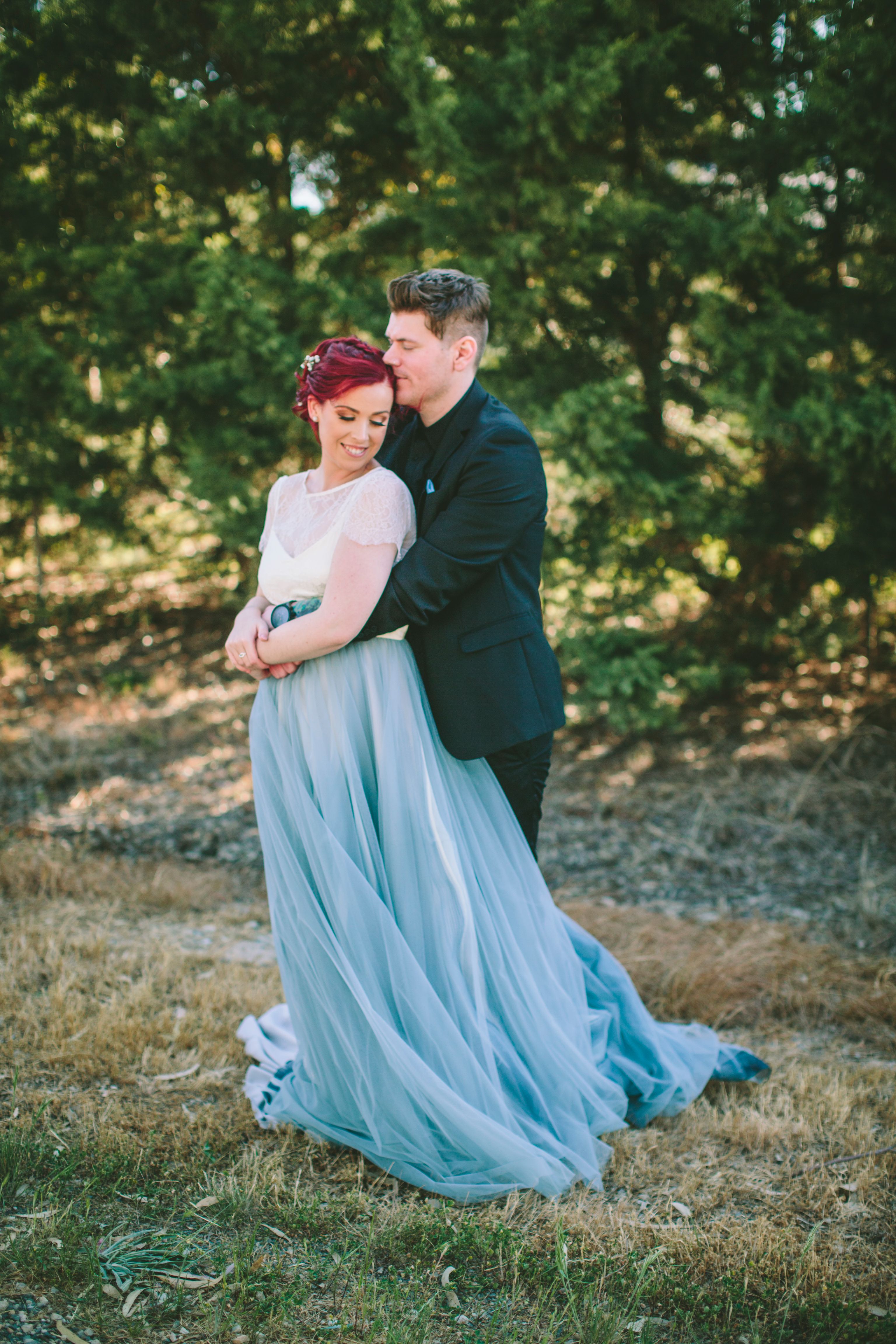 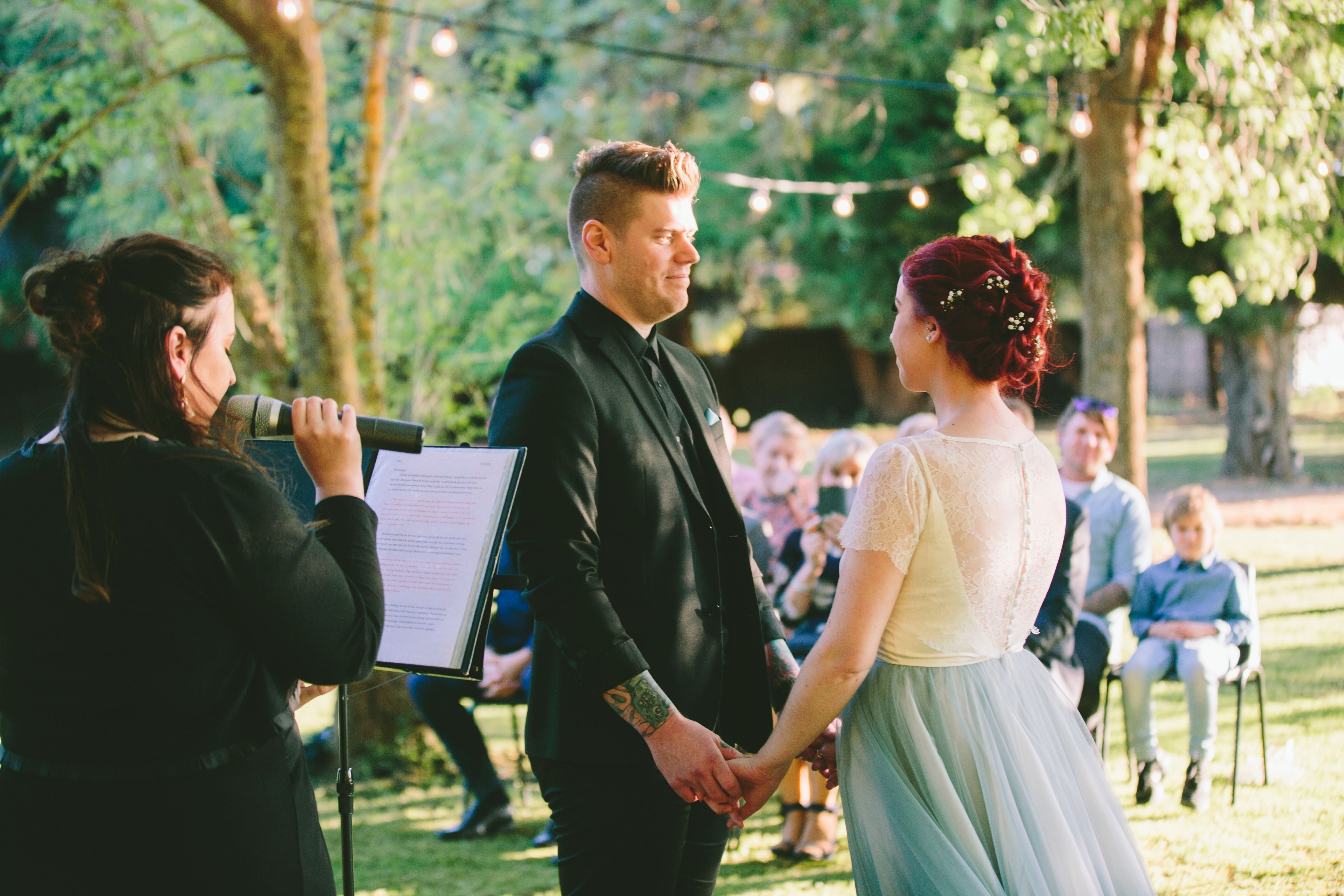 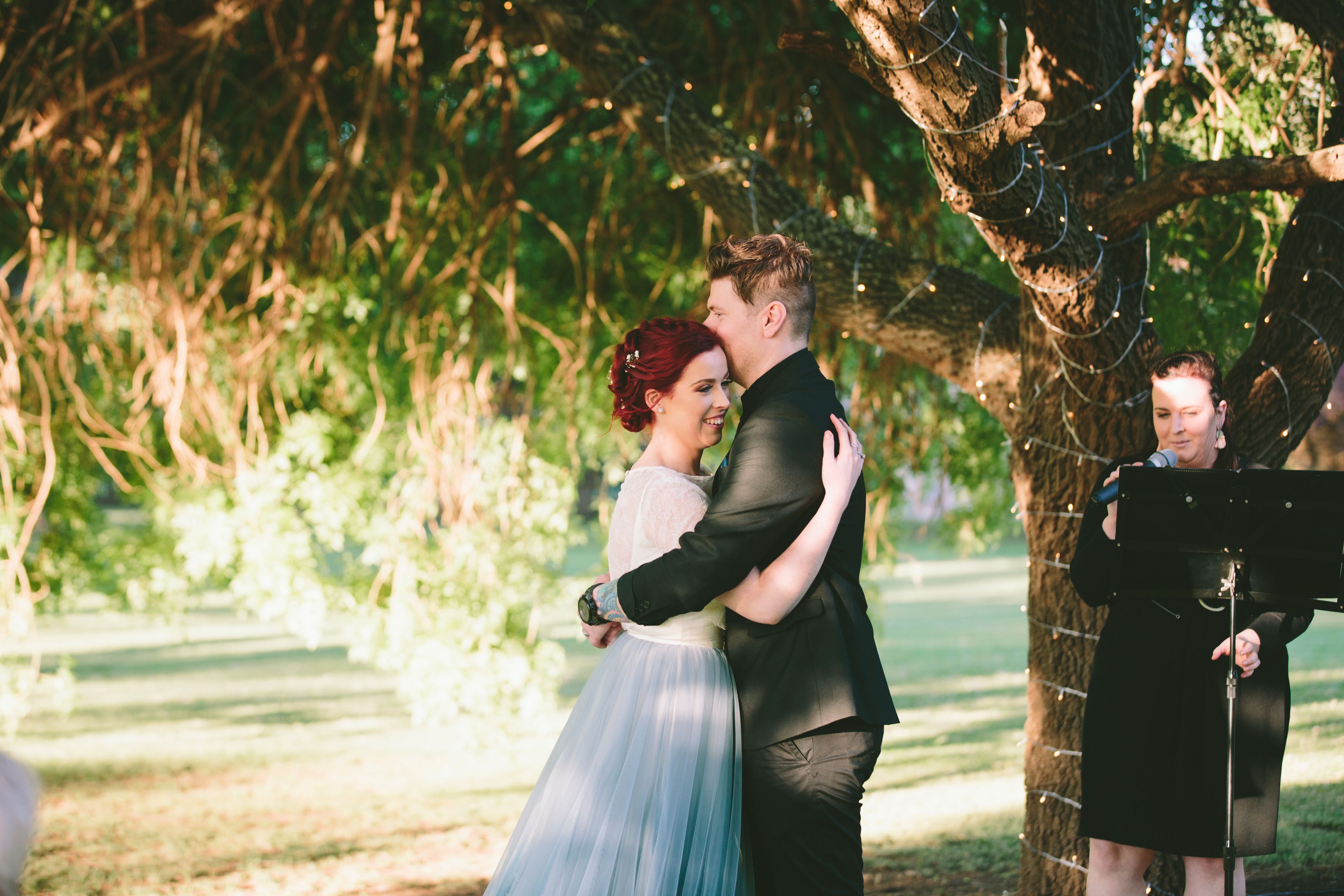 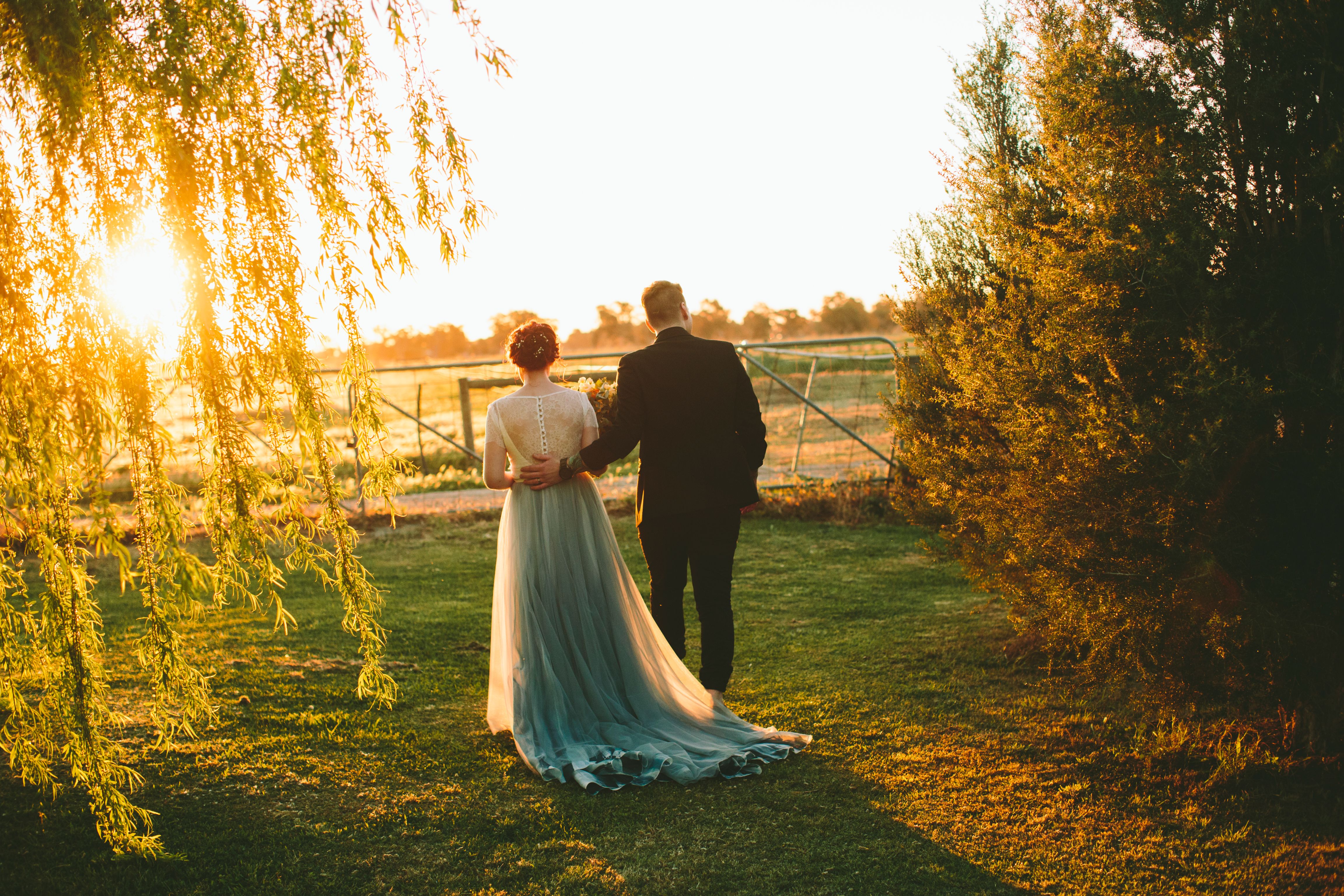 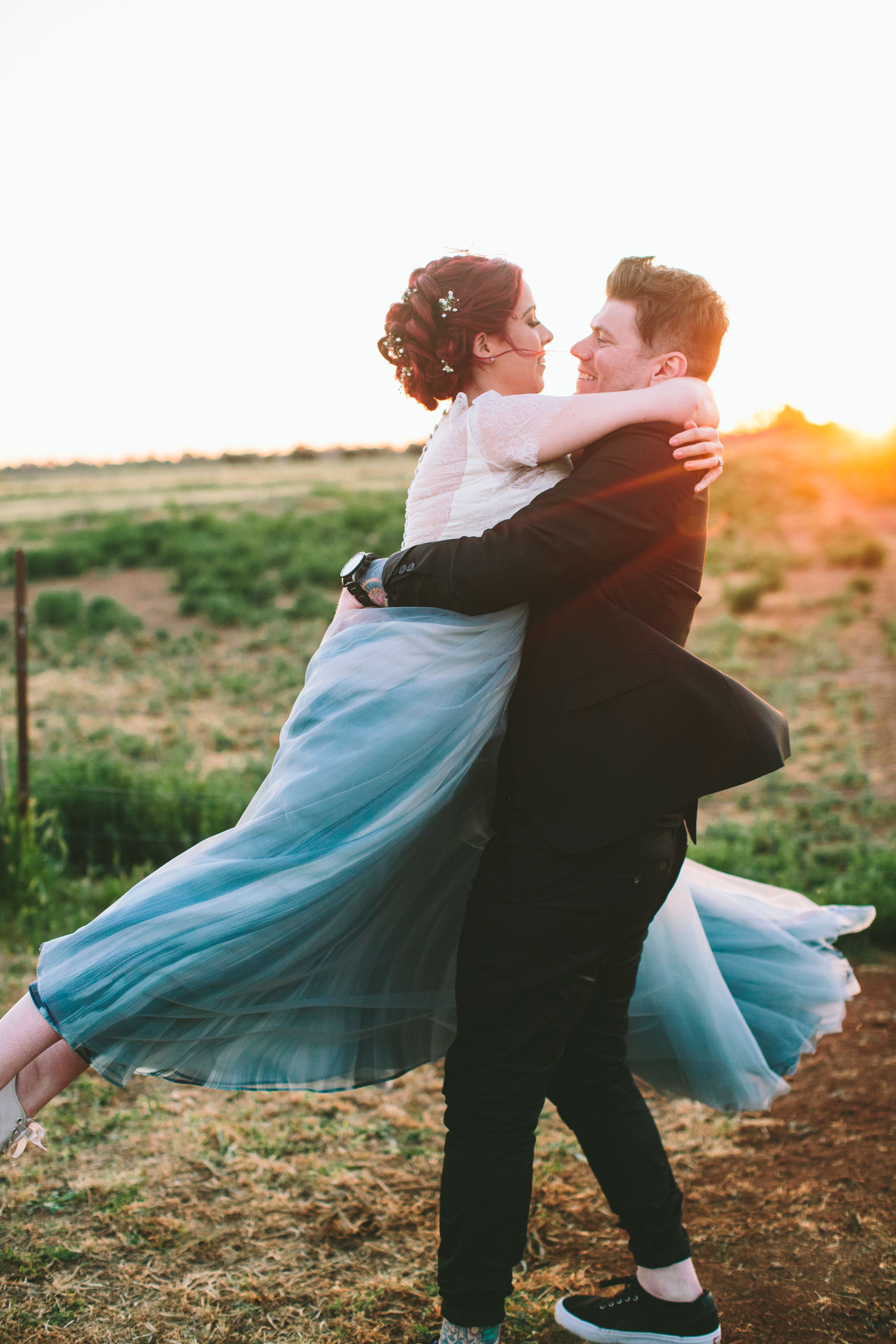 See more photos from Nicole and Mitchell's wedding day over on our Instagram.