A celebration of love and life

It was a love story that began 35 years ago.

It was a fun, wild time of life but eventually Nicole Taylor and Andrew Cleave went their separate ways and pursued different lives; until a chance encounter 20 years later brought them back together. 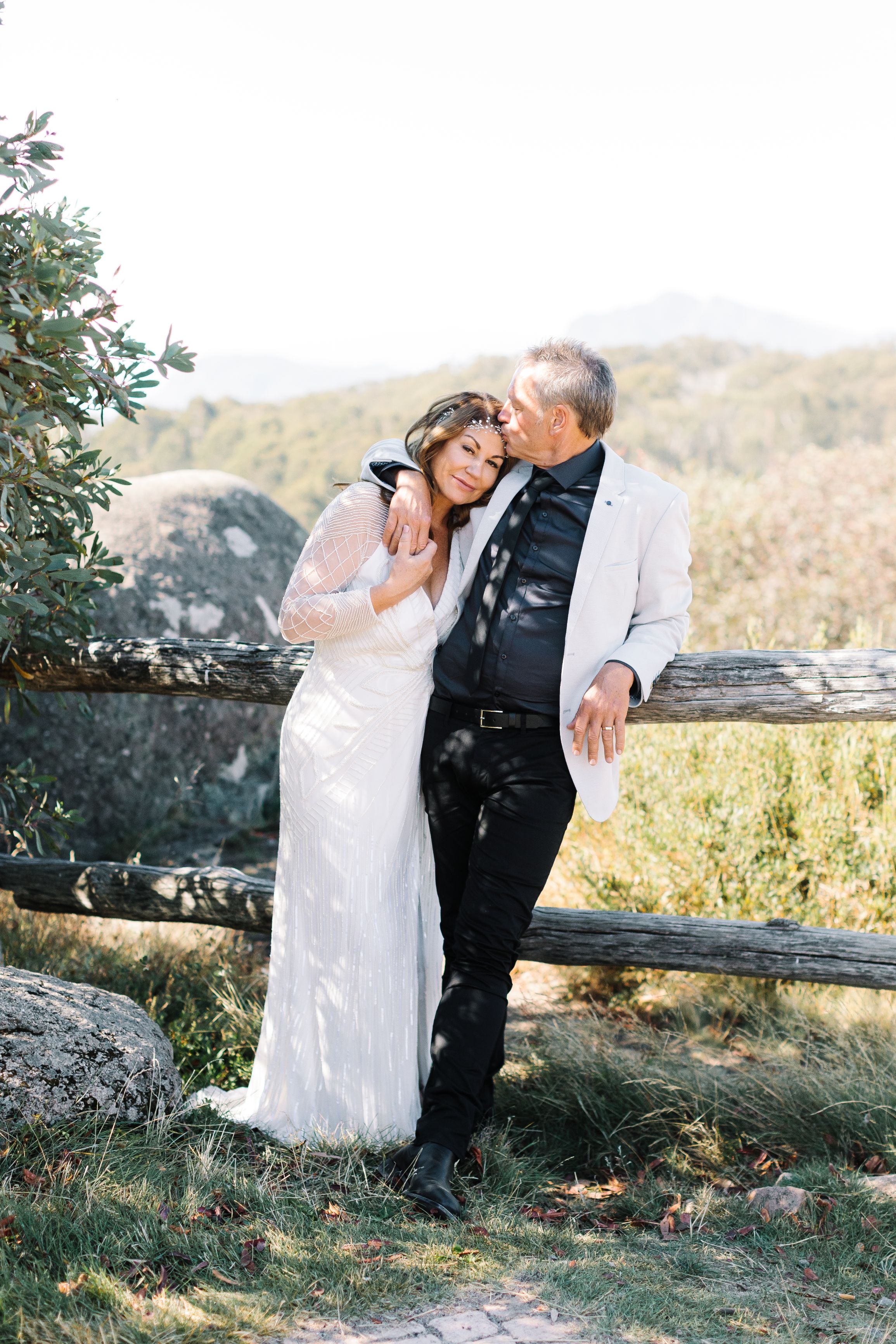 When Andrew proposed on Hamilton Island in January 2015, it was no surprise.

“He was so nervous I wouldn’t like the ring that he picked me up from work one day and said he really needed to show me something,” Nicole said.

“He pulled out the design sketch from Blizzards and sid I could open it and wait and see.

“Anything wedding stopped and we focused on heath,” Nicole said.

“It was serious business and came with a lot of risk. He had some setbacks but came good.”

A week after Christmas 2017, one month after surgery, they counted their blessings, and in the following 10 weeks planned the wedding from start to finish.

“We said let’s just do it now. However it turns out it’s supposed to be,” Nicole said.

Deliberately choosing a long weekend to make the most of their time with their loved ones, the couple curated a relaxed, intimate gathering by the Delatite River that felt as if they were in their own backyard.

“A lot of people turned up on the Friday night and had a big dinner together and on the Sunday morning after the wedding everyone met again for a big barbecue breakfast and the after party continued all day and throughout the night,” Nicole said.

There were no pretenses, just raw emotions as Nicole’s son Zachary Taylor who had flown in from New York walked her down the aisle, their oldest children and friends shared powerful readings and they exchanged personal vows.

After so many years and so many challenges, there was a lot to say.

Despite the tight timeframe, the setting reflected Nicole’s styling flare with hired velvet lounges, items from home, plus a few cheeky purchases coming together to create opulent vintage vibes with a modern twist.

The backyard atmosphere was continued with help yourself catering including a DIY taco and slider bar followed by a gourmet barbecue and roving bite-sized desserts. 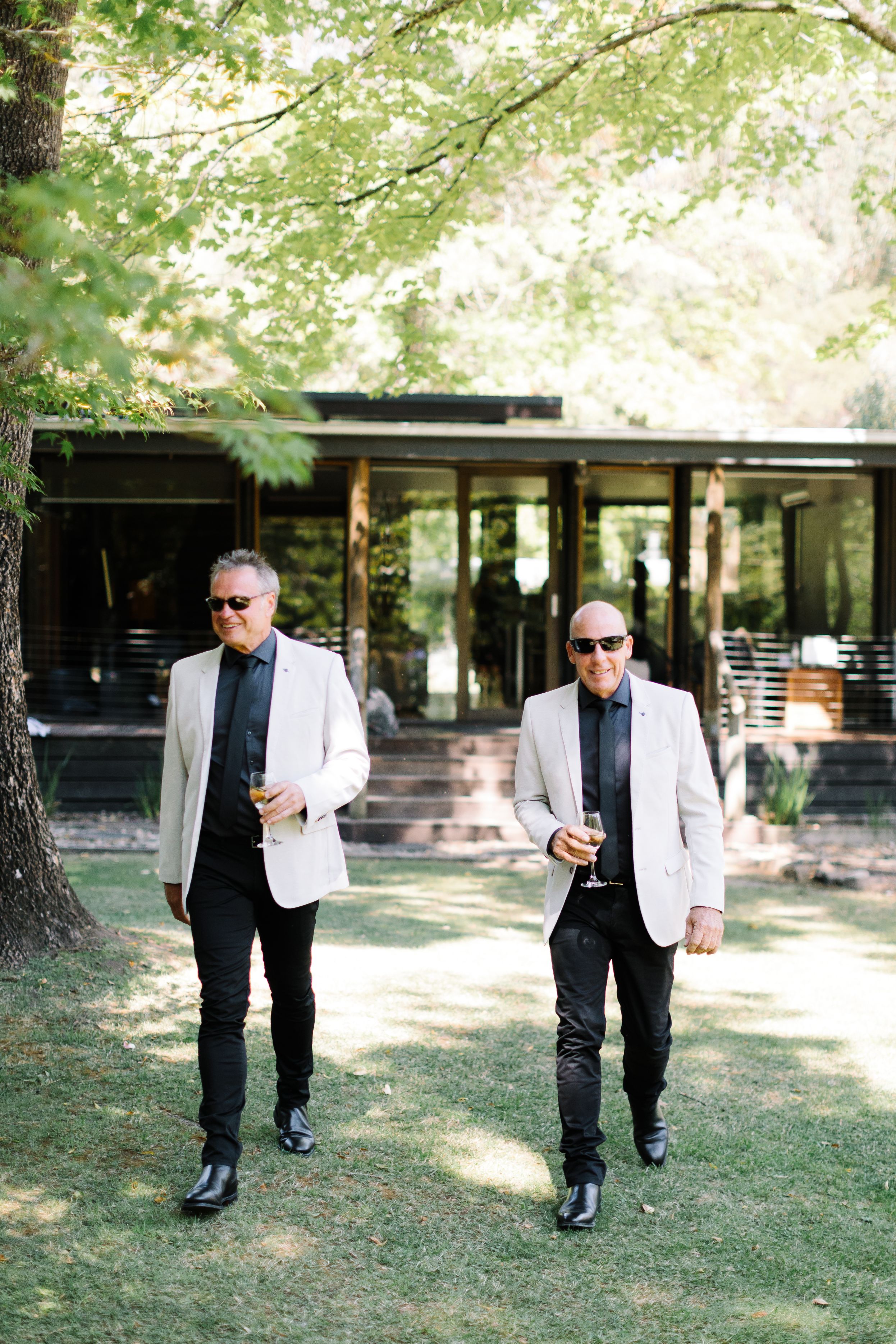 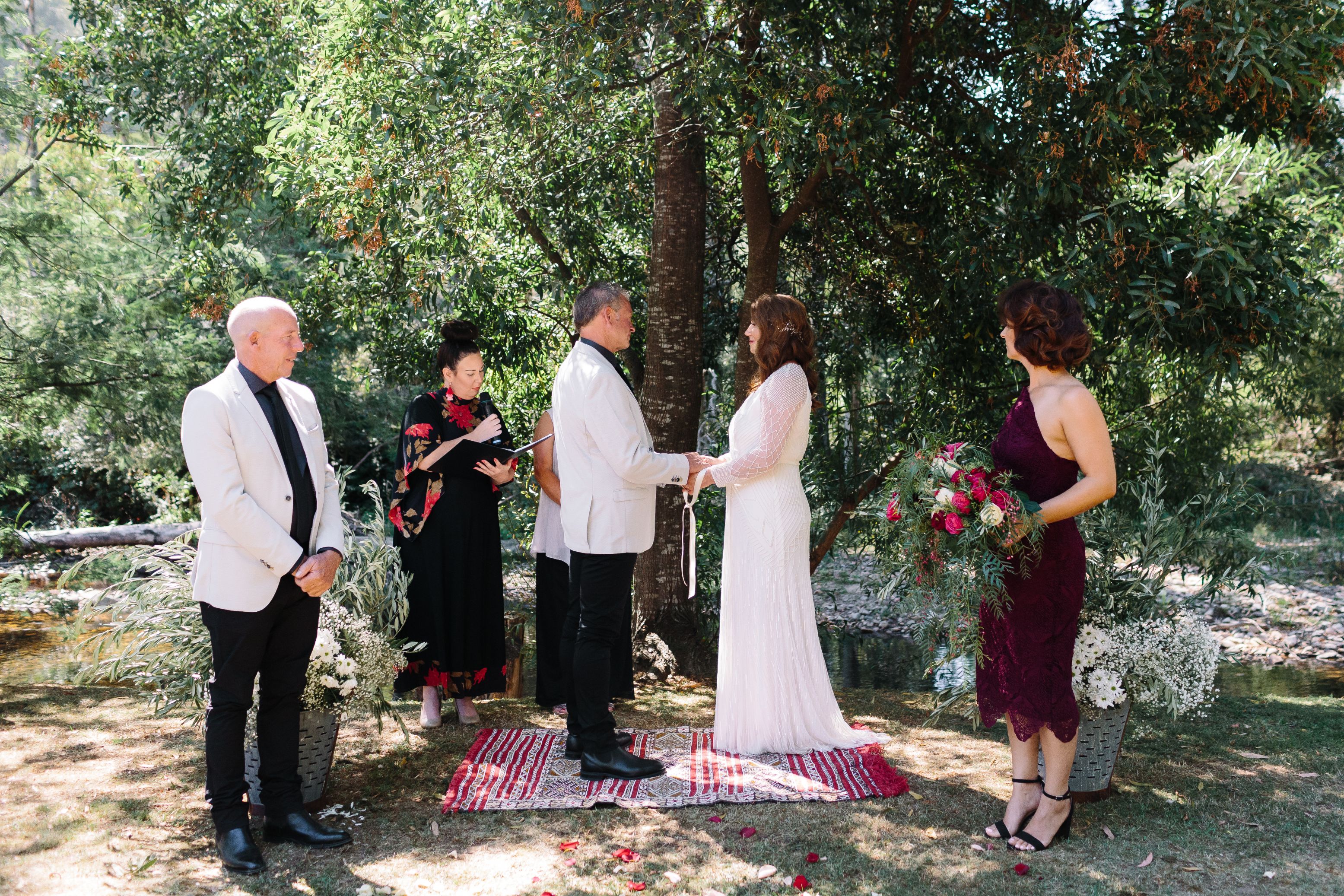 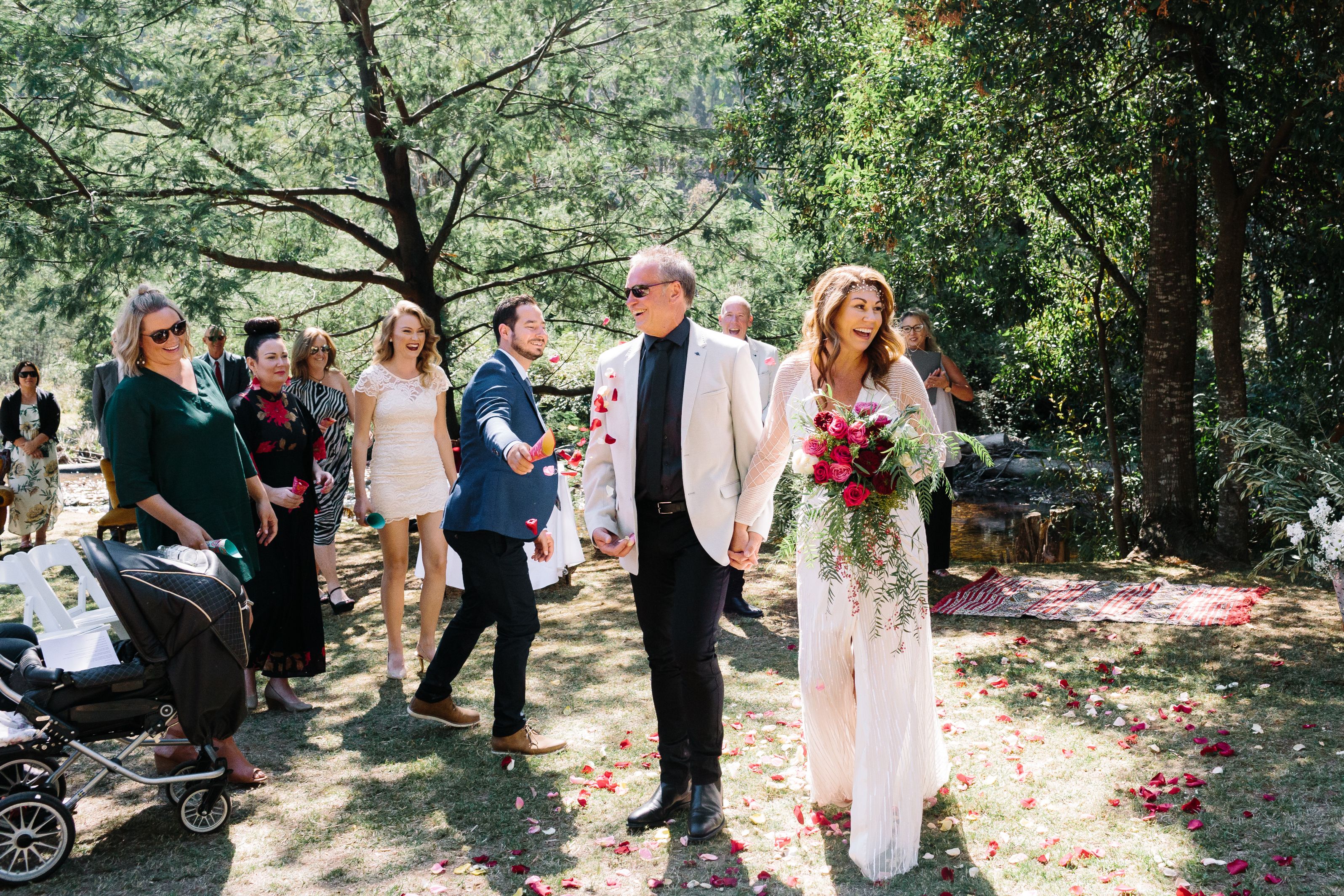 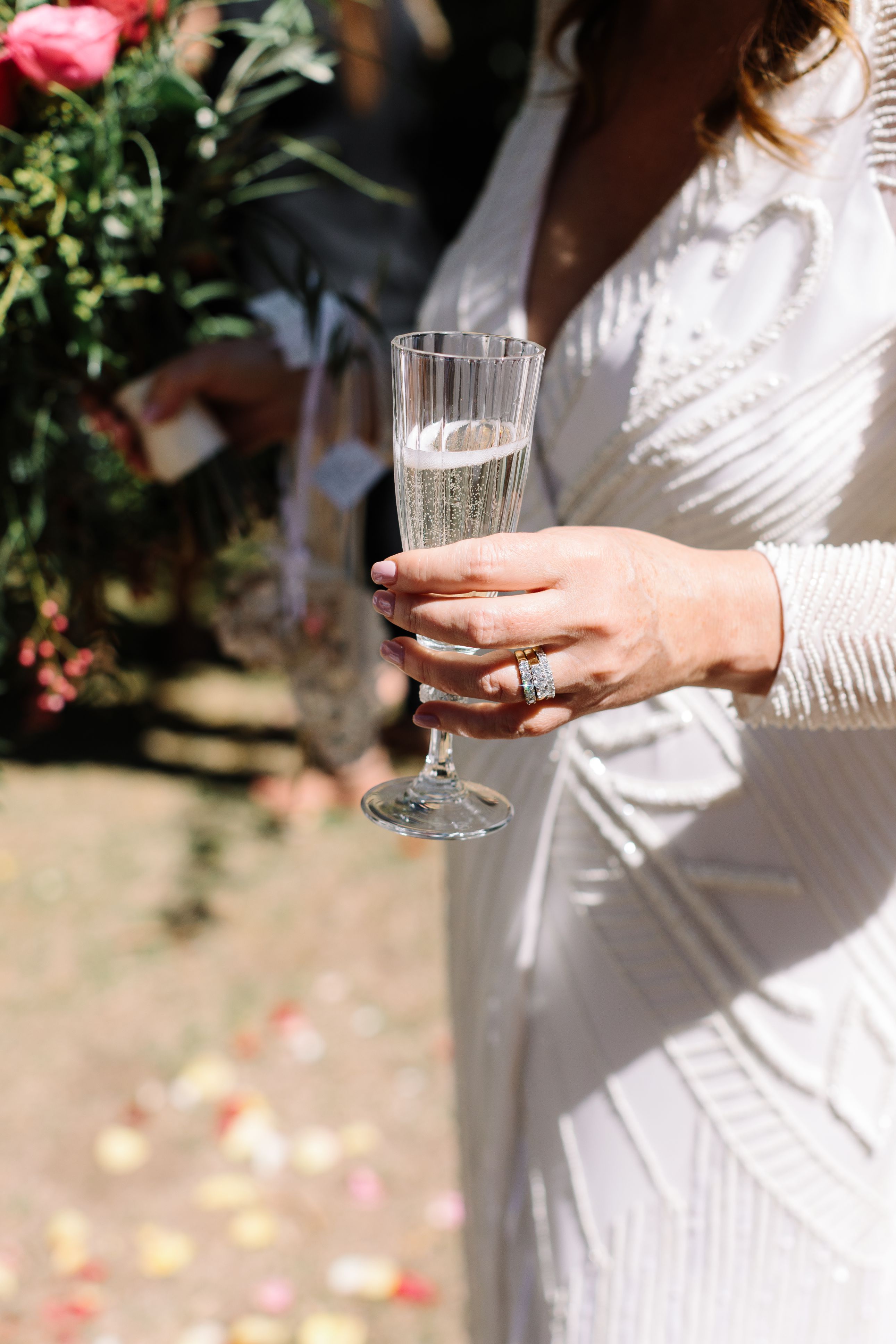 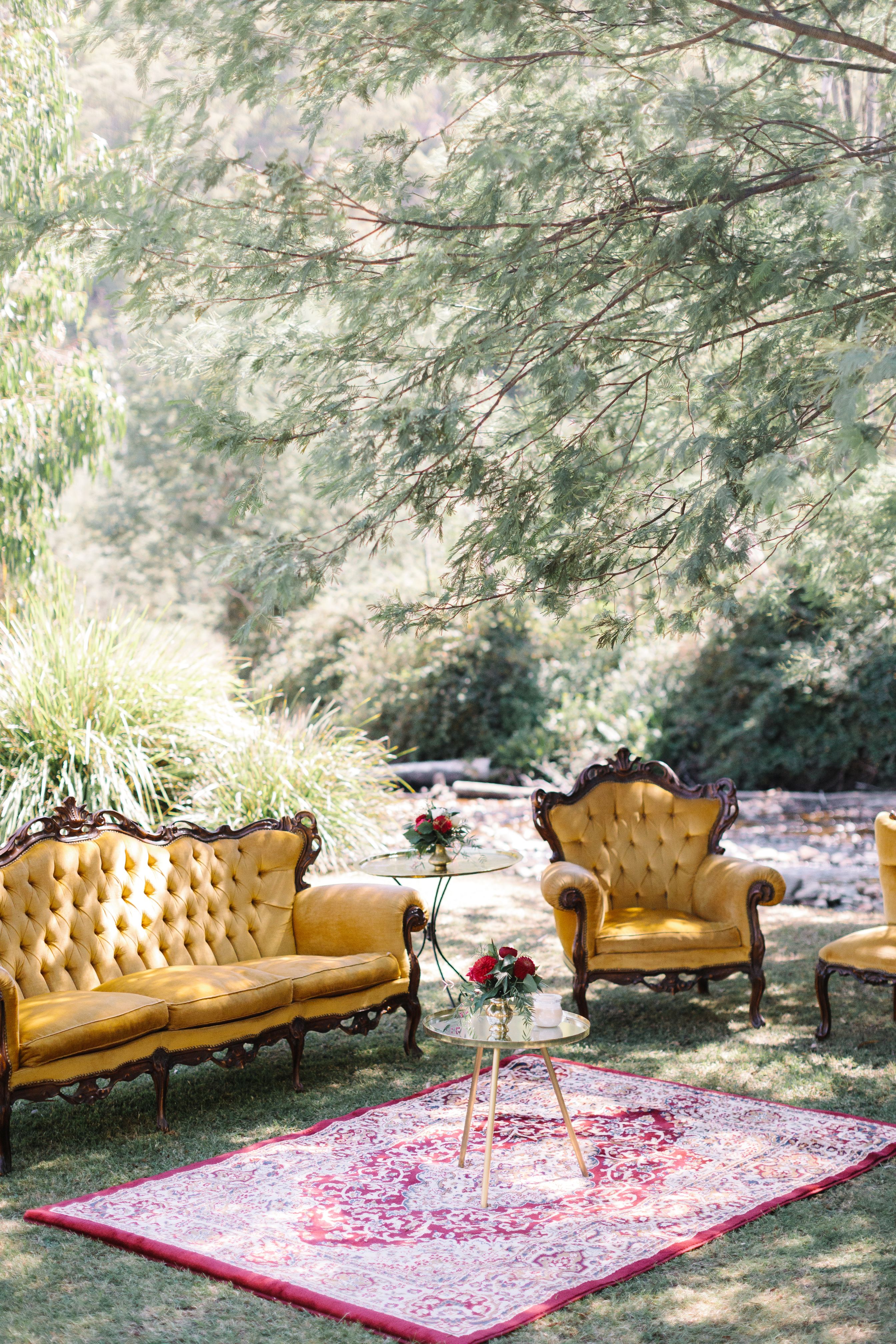 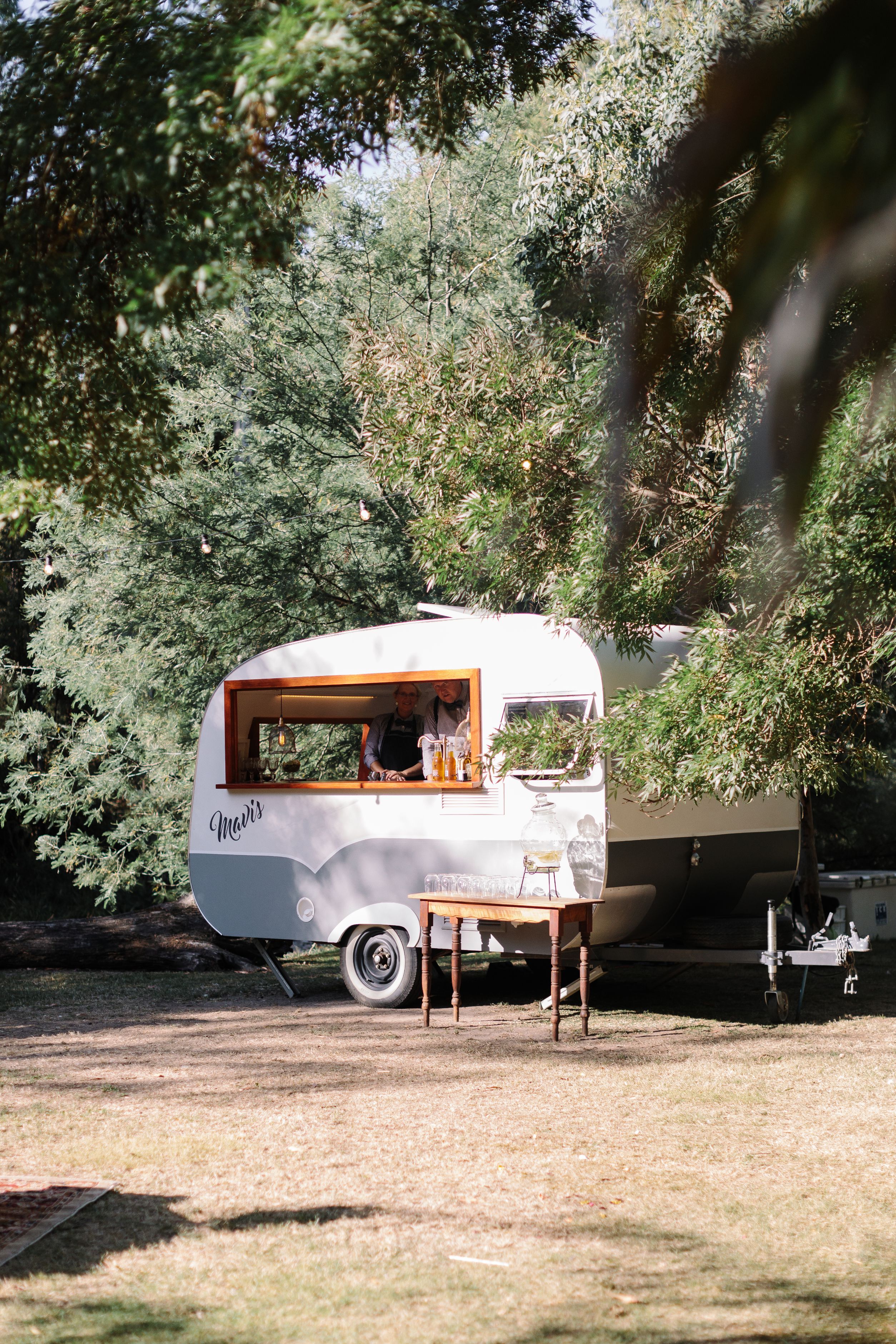 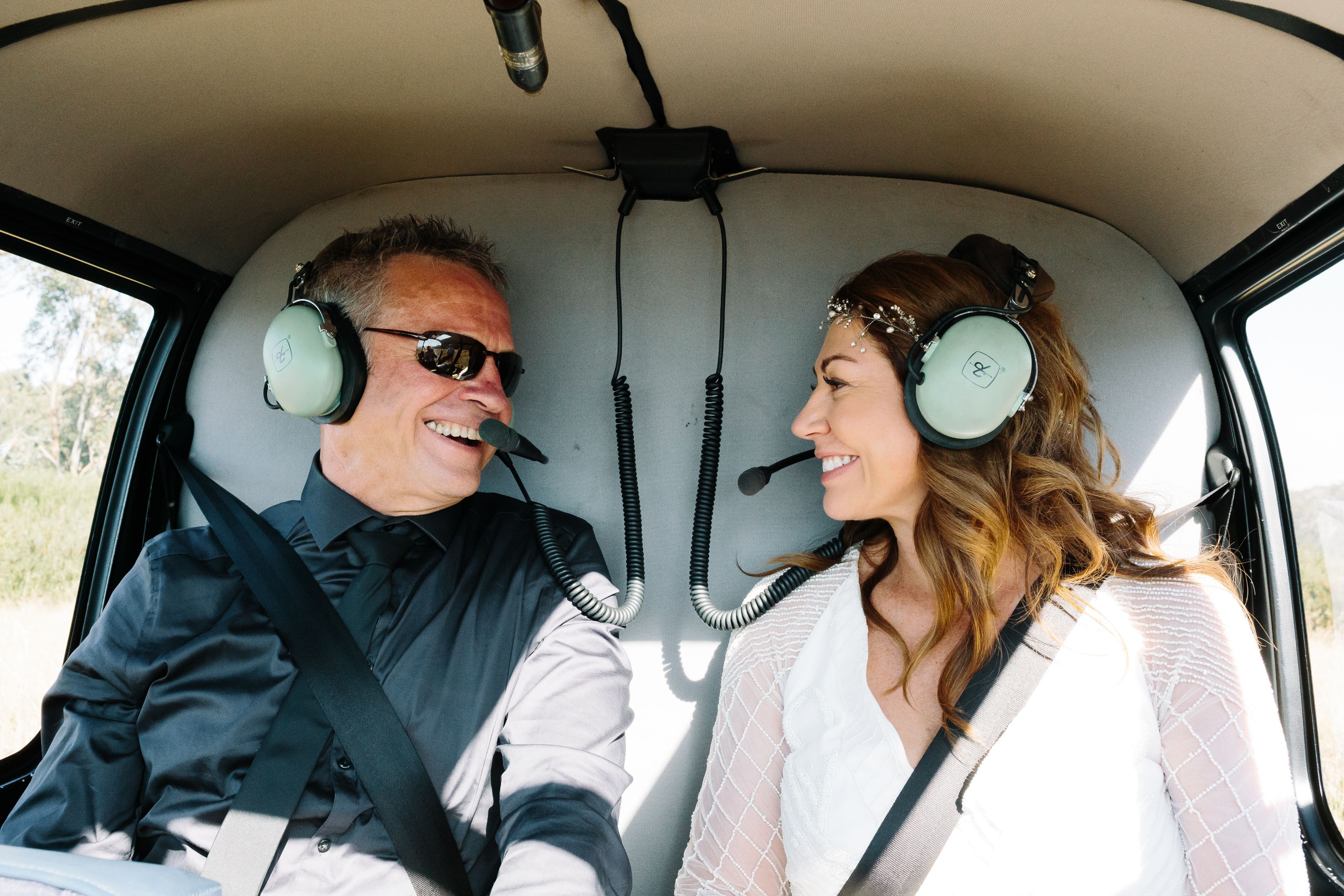 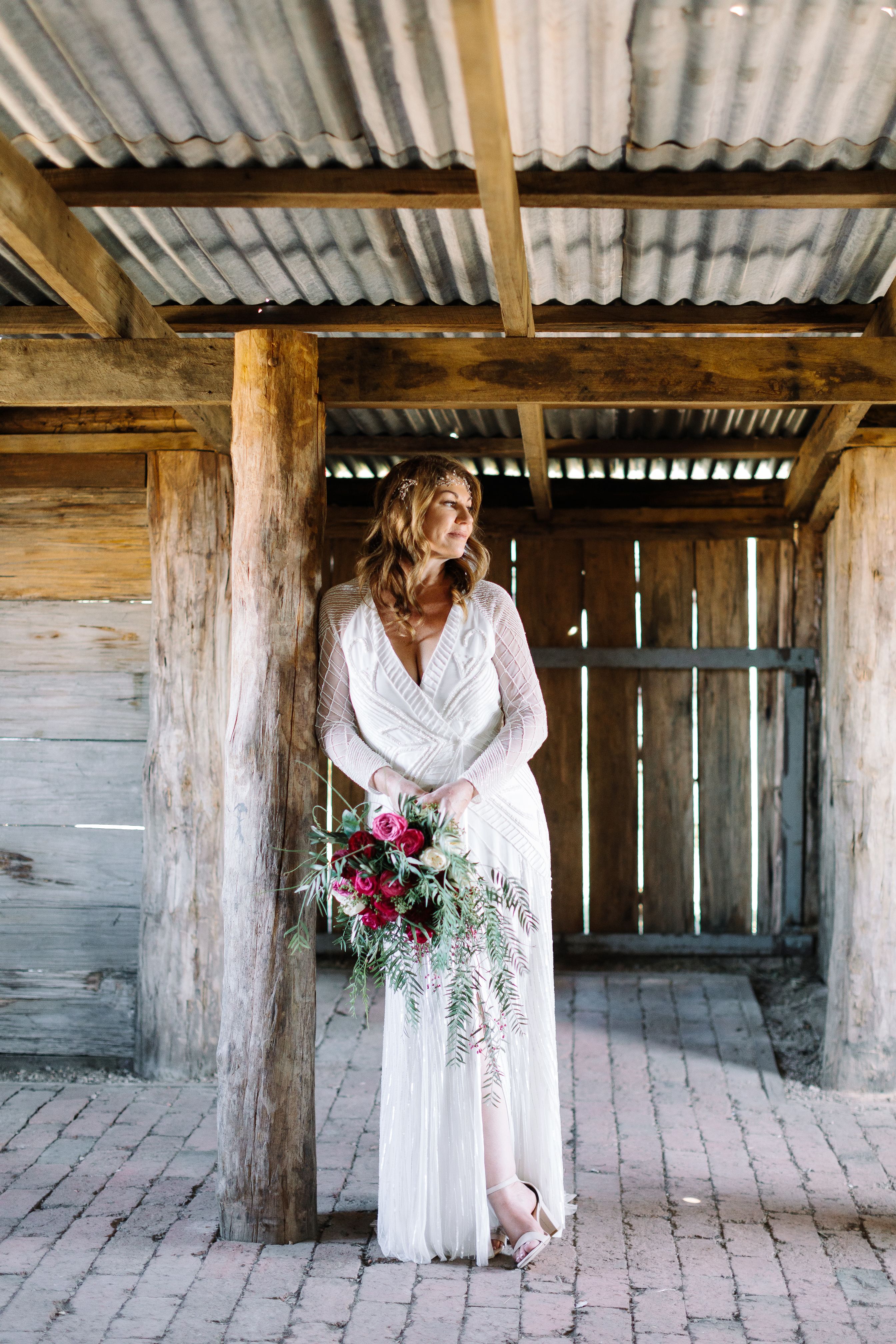 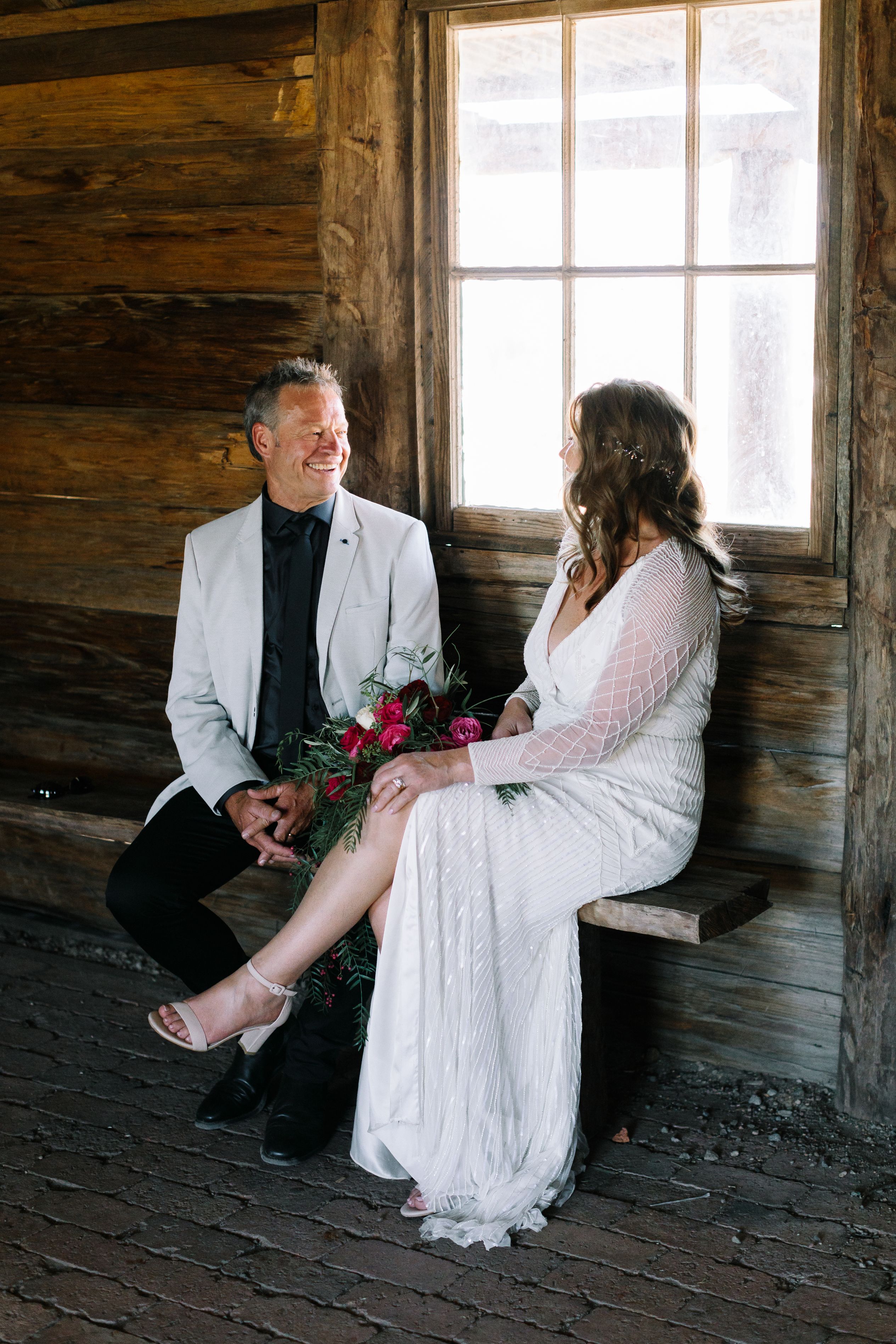 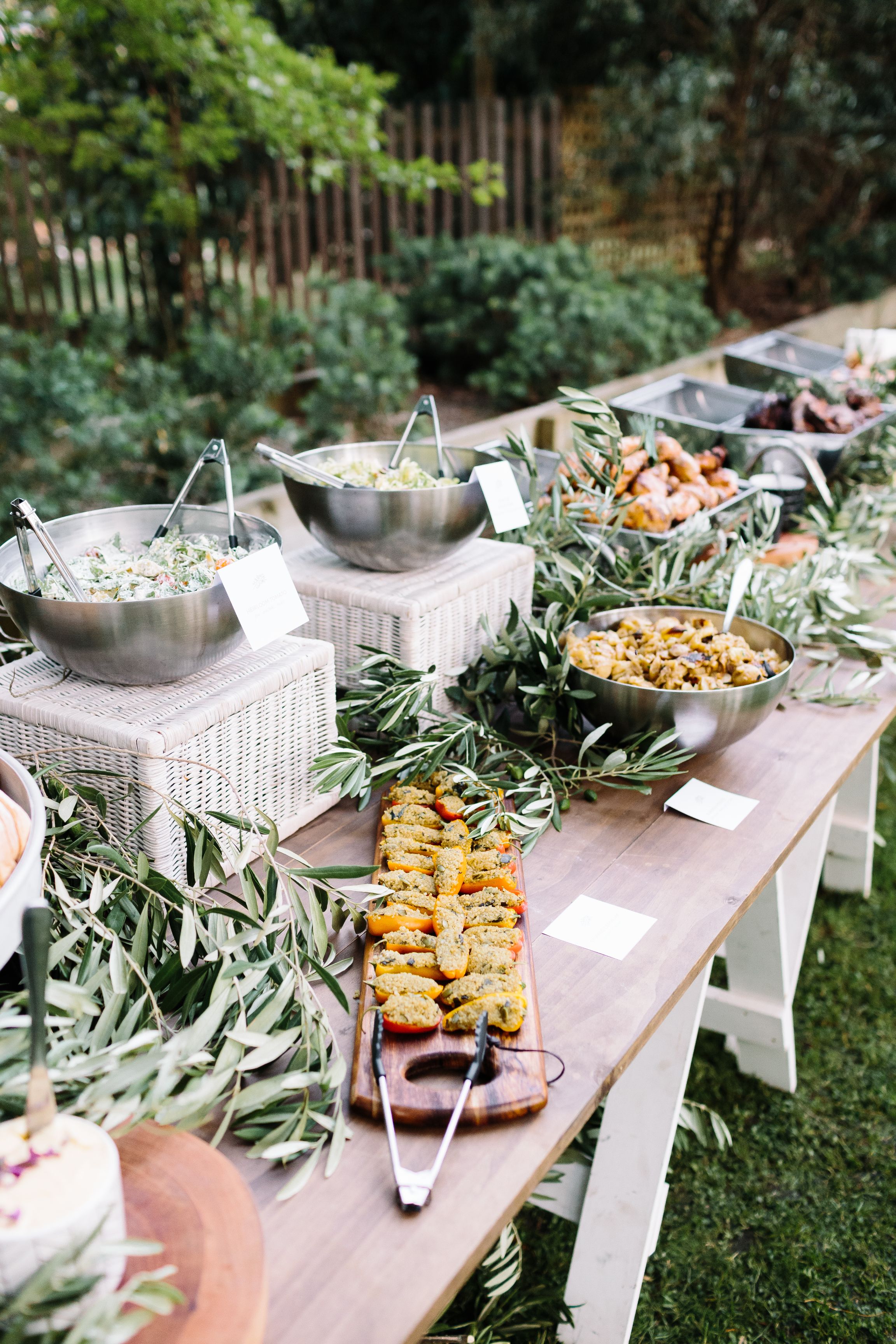 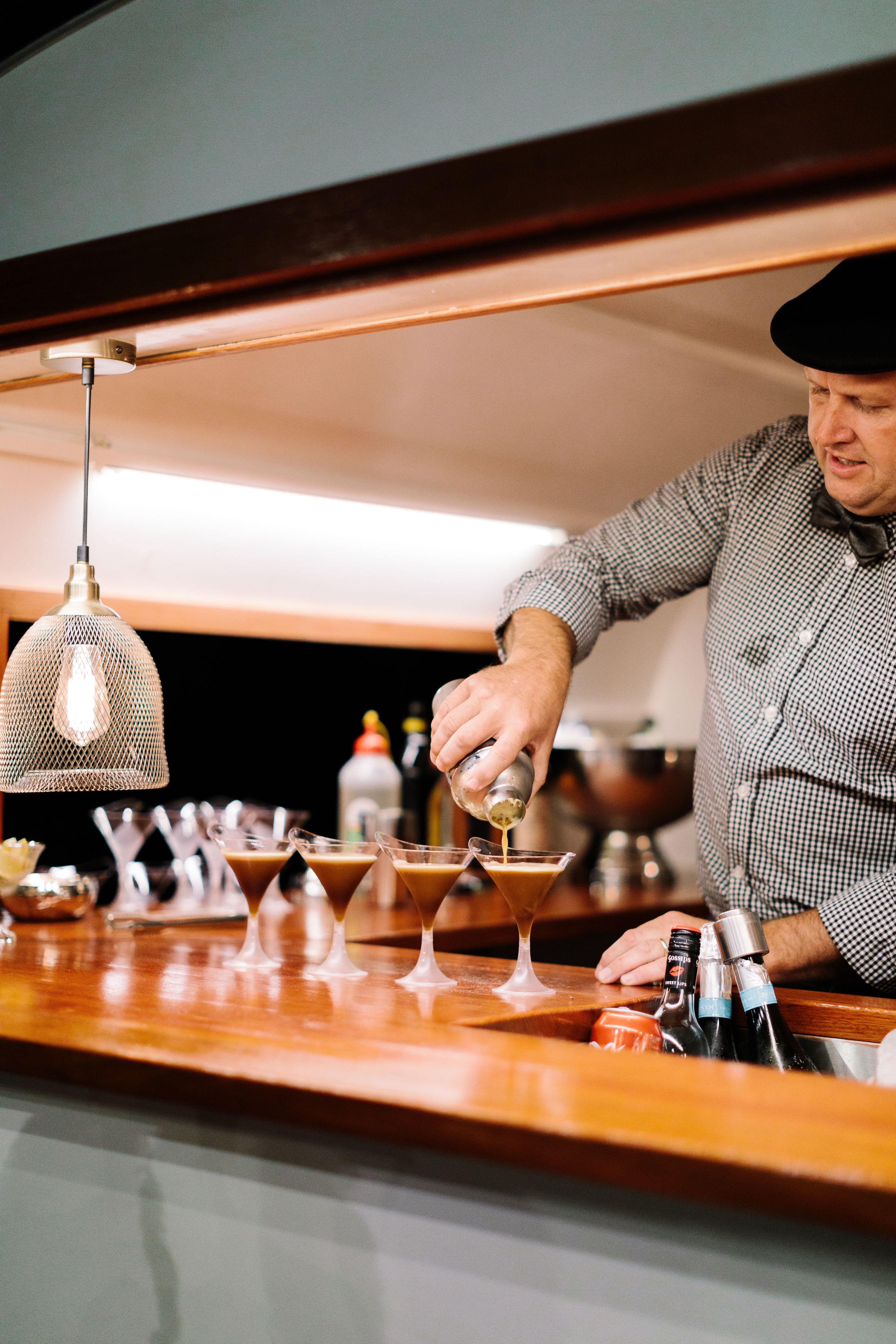 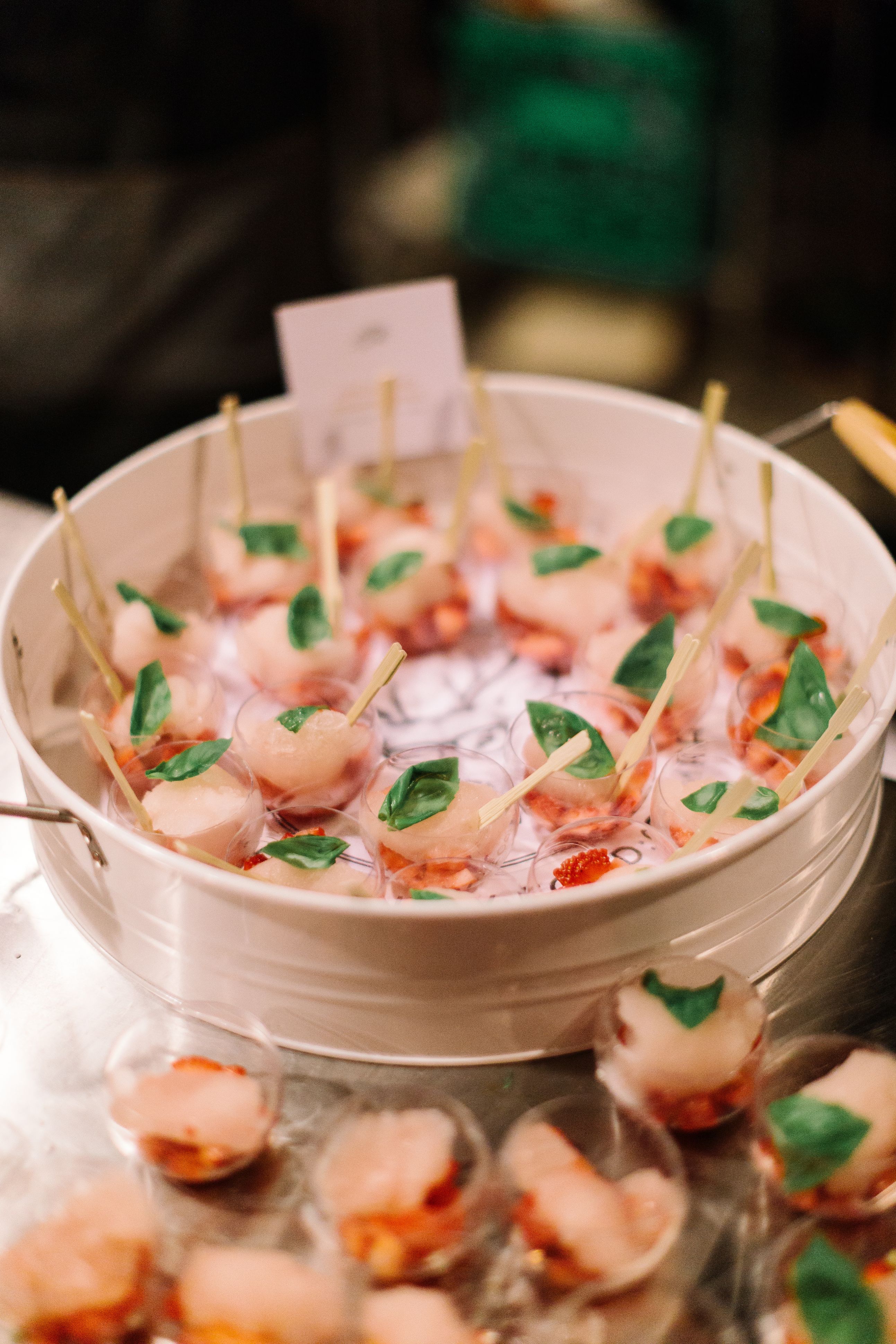 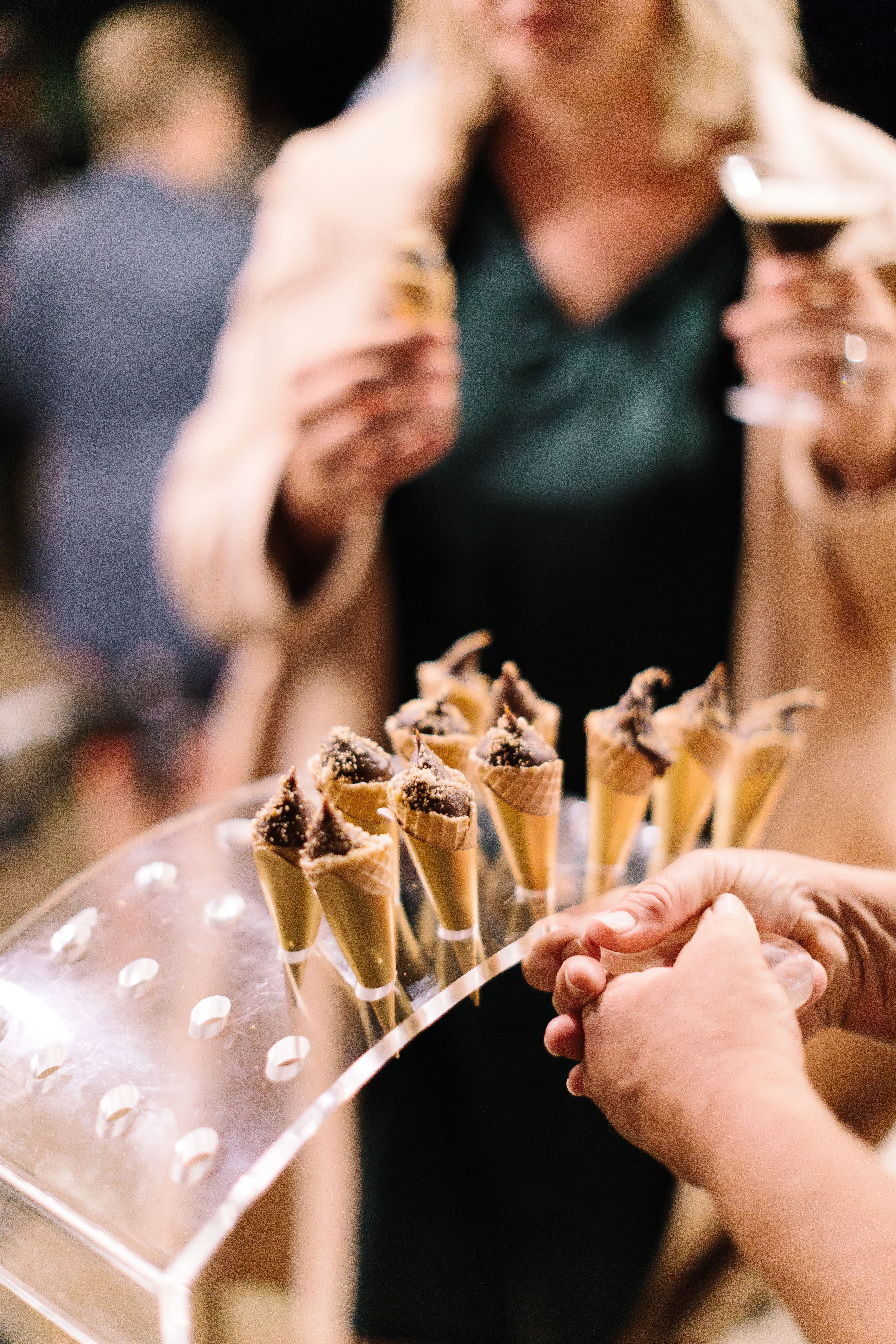 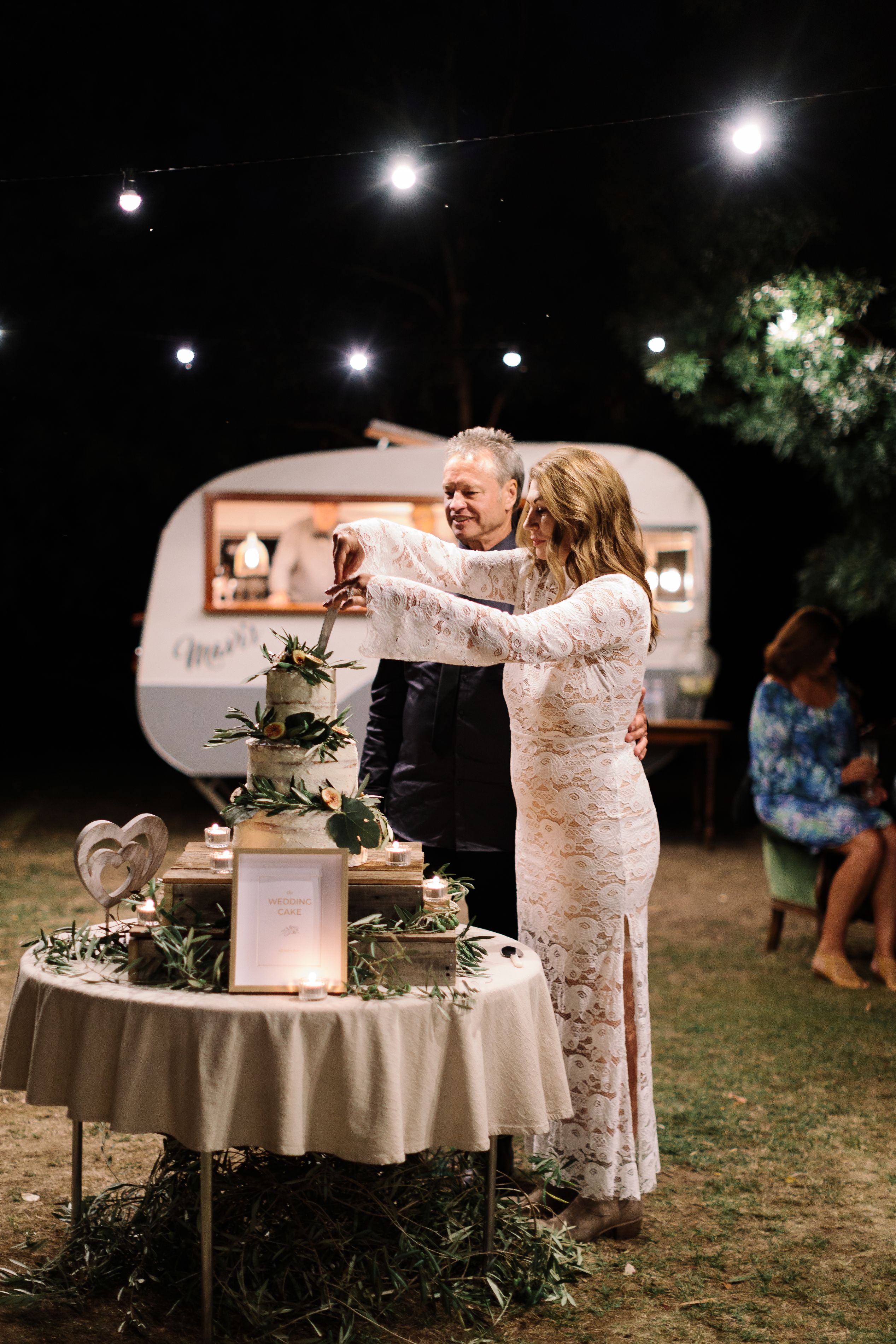 See more photos from Nicole and Andrew's wedding day over on our Instagram.